Ffffuuuuccckkkk.  October has been a month.  We’re so close to this election that could decide whether America is content to be a racist, nepotist, authoritarian regime, or simply the richest country in the world that still can’t figure out how to adequately take care of its citizens and can’t fathom how to reach a level or progressivism that countless other forward-thinking nations have already achieved.  It’s fucking mentally exhausting dealing with that that conundrum.  Towards the end of this month my wife also tested positive for COVID-19, in large part due to the fact that a large percentage of the people in Southern Illinois where we live don’t seem to believe that it’s a real thing because they’re ignorant pieces of shit (not that I’m bitter or anything about how awful these rednecks around me are or anything).  Thankfully, because I haven’t managed to achieve any level of fame with my jokes I can freely speak my mind about these things.  But I digress, here are some jokes.

Yesterday on our morning call one of my coworkers remarked that I resembled Captain America. So today I joined our team's morning meeting like this. 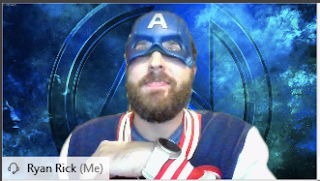 I heard that costume company Yandy is releasing a "Sexy Postal Carrier" costume for Halloween this year. Pretty excited for our family to receive royalties on this because I assume their design is modeled after my wife.

When your D&D group watches the VP debate.

If I ever run for political office my campaign slogan is going to be:

"You gotta feel it.

It's been a source of contention on the internet for some time now, but it's finally time for me to share my thoughts. Looking back at my culinary decisions, I've put chicken nuggets, Fritos, ramen noodles, hot dogs, and plenty of other shit on pizzas. I've even folded a gas station burrito inside of a frozen pizza like some kind of shameful calzone. So I really do not care if you put pineapple on yours.

I want to open a bar that exclusively plays ska music and call it Horn Pub.

I'm in these work meetings pretending I'm a Superman. 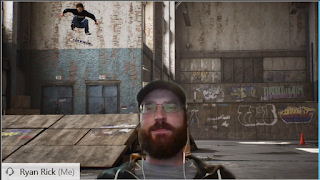 My wife isn't feeling well today. Being the caring husband that I am I asked if she needed anything, to which she responded, "your love." I immediately started singing "Your Love" by The Outfield. She told me I wasn't helping and that I needed to leave, which is bullshit because I gave her exactly what she asked for. Women are complicated.

Me: "I'm a grown adult who makes educated purchasing decisions, sticks to a budget, and can't be persuaded by marketing gimmicks." 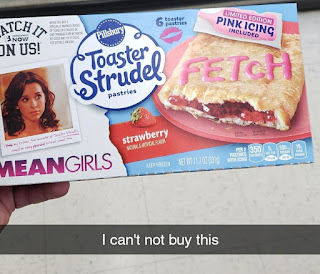 It may not be Sunday afternoon, but I'm still spending my meetings on The Island of La Grande Jatte. I'm cultured AF. 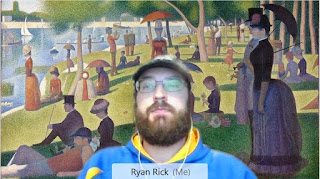 I love my wife, which is why I asked her permission to post this after I made it and showed it to her. Because I thought it was hilarious. 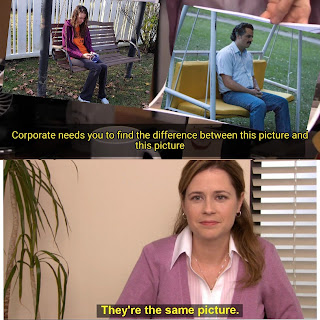 We are only a few short days away from this election and probably like 2 more weeks away from having a result to the election and then a few more weeks away from civil war after that, so things are definitely spiraling out of control based on some very mentally unhinged individuals, which is totally foreign to me as someone who has spent his entire live channeling his mental instabilities into lame jokes instead of hoarding weapons and attempting to intimidate people that I don’t agree with politically but I’m gonna assume that I’m just going to be here next month posting similarly biting social commentary, so I will see you then.