September 2021 Joke Round Up

At a certain point, I feel like my round ups are just inundated with me being a liability at work with silly backgrounds.  There’s also quite a bit of my questionable parenting skills and we top it off with a dash of me being tired of the internet’s bullshit.  That’s it.  That’s my intro this month. Let’s go to the jokes.

I seem to have misplaced my Six Demon Bag. 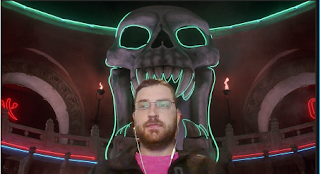 On weekends, I usually watch Diners, Drive-Ins, & Dives until I fall asleep at night. It's like Guy Fieri is reading me tasty bedtime stories.

I've always thought that I'm a pretty good dad based on how I have taken care of Henry and Abby for the last 5 years. But this past weekend my wife and I babysat our 2 year old and 2 month old nephews and I realized that my skills are sorely lacking for those age brackets. Figured I needed to update the mug my daughter gave me to reflect this... 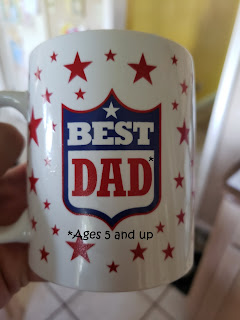 My kids and often I call each other some very mature terms of endearment around the house, such as poopy-pants, fart face, stink butt, etc.

Yesterday I picked them up from school and as my daughter was walking out of the building I said "Hi goober" and without thinking she immediately responded "Hi butthead!" I thought the latchkey lady was going to faint. 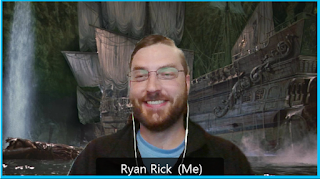 Gonna find me a city of gold. 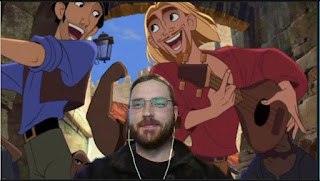 Let's NOT split up, gang. 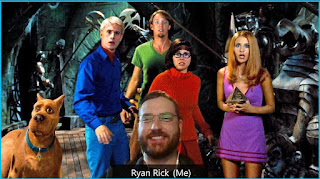 While camping last night I reheated some of the kids leftover McNuggets over the fire. #Genius 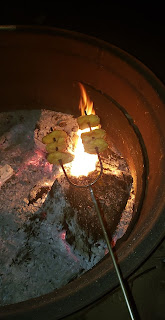 The kids and I went for a little hike in the woods and brought a trash bag to pick up litter along the way. One of the items we found was a Budweiser Zero can and I had to explain to the kids that only a real weirdo would hide in the woods to drink non-alcoholic beer.

It was announced today that either a proof of vaccination or negative COVID test would be required to attend Blues hockey games. As I've come to expect for the absolute dumpster-fire that is the NHL fanbase, there were a lot of people showing their asses with their degrees they obtained from YouTube videos. 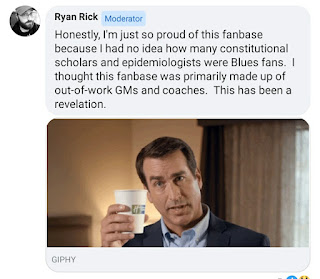 After the response to the required vaccination/negative COVID test announcement yesterday, the Blues organization has followed up with this exciting announcement. Pretty cool that we'll see this at the corner of 14th & Clark very soon. 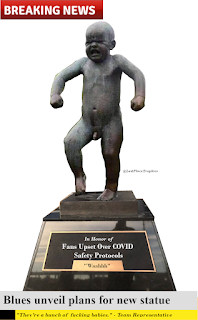 Someone tell my why my wife's preferred sleeping position is "Michael Jordan Jumpman Logo." 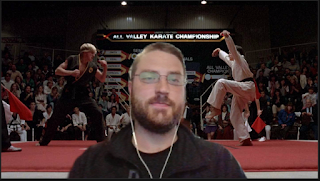 Just hanging out in detention. 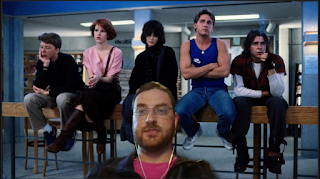 I do enjoy the subtle middle finger I get from Food Network when something I eat regularly is supposed to be the shitty "gotcha" basket ingredient on Chopped.

We are swiftly approaching the time of year when I bring a space heater into the bathroom because I refuse to poo in anything less than a tropical climate.

Yesterday the St. Louis Blues announced that they would have a press conference later in the day for a major announcement, which led to a lot of speculation from fans. I did my best to help answer everyone's questions about what the announcement could be. 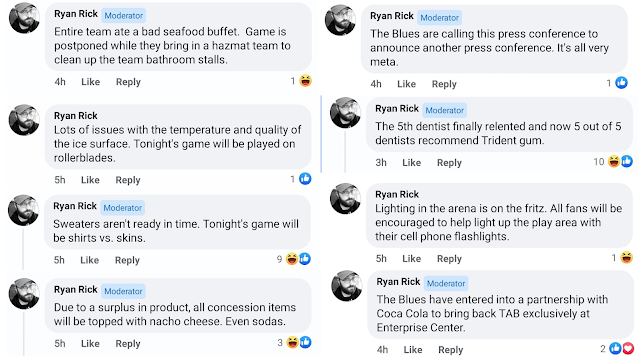 It’s officially fall now, so that sucks.  But it’s hockey season, so that is great.  And I’m really in the mood for some stress-eating.  So expect next month to kick off with a rollercoaster of emotions and poor dietary choices.