It’s probably old news by now, but DirecTV and The Weather Channel recently came to terms on a contract dispute.  Personally, I neither know, nor care who wanted what and who eventually gave in.  The important thing about all of this is that, while they were at odds, DirecTV was promoting a network called Weather Nation in place of The Weather Channel.  Now, despite what my last post may lead you to believe, I’m not a huge weather buff.   In fact, the only time I watch these channels is when I’m at work because it is the default channel for the TV in our office.  In this time, however, I did notice a stark difference between Weather Nation and The Weather Channel: Weather Nation showed weather and The Weather Channel showed pretty much whatever the hell they wanted (pictures of people at a Comic Book convention? Golf tips? No problem!).   Now, if I wasn’t watching these channels to keep up on the weather, this probably wouldn’t be a big deal, but when you’re labeled as a weather station, I feel like weather is a pretty important thing to show.
So, I got pretty comfortably with Weather Nation.  I even got to know some of the on-air personalities.  I mean, spent every weekday with this network staring me in the face, Gretchen and Kristin were pretty much family to me!  Naturally, when the contract dispute between DirecTV & The Weather Channel was resolved and DirecTV defaulted back to The Weather Channel, I was not a happy person.  But thankfully, Weather Nation was still one channel down from The Weather Channel and I used my superior technological skills to default our office TV to Weather Nation (by technological skills I mean that I keep the remote at my desk and hiss at anyone that touches it).
Well, imagine my surprise when, while browsing the Weather Nation website one day, I find that they have a job listing for a product manager.   I have a degree in marketing, I like Weather Nation, I am a person, and I am entirely devoid of qualifications beyond that; it’s perfect.  Well, because I have too much time on my hands and not enough hobbies, I sent in a resume and, what I believe is, an epic cover letter.  Ladies & gentleman, if you are writing a cover letter to a company, I feel like you should make it look a little something like this:

In response to the position advertised, I have enclosed my resume for your review. I feel I have the personality, knowledge and drive to become a valuable asset within your growing company.

To be perfectly honest with you, I had a very nice, professional sounding cover letter written out and it sounded far too bland for me to even consider sending it to you.  I deleted the whole thing and decided to write something that I believe gives a more honest picture of who I am and why I am applying for the product manager position with Weather Nation.

Prior to DirecTV’s contract dispute with The Weather Channel, I had no idea that Weather Nation existed.  But I quickly became a fan and have managed to stealthily keep all of the televisions in my current office tuned to Weather Nation, even after the dispute ended.  I’m not a huge weather buff, I only had one meteorology class in college (that I was AWESOME at), but I believe you have a quality product and I can see that there is passion within the company.  And that is where I can fit in with you: I have a passion for all aspects of marketing and management and an appreciation for the product you are selling. Also, if you need me to be on TV at all, I can be really handsome.

As you can see from my resume, I have both plenty of experience in both marketing and management and next to no experience in meteorology.  Beyond that, I have a firm belief that you cannot sell any product to a consumer without first selling them on yourself.  That is a skill that I have been perfecting my entire life through constant development of people skills and also a quirky sense of humor (humor is a subjective thing…).

In addition to my appreciation for your network and my background in marketing and management, I think you will find that I am also a focused, driven and also friendly individual with the skills and desire to succeed.  Strictly speaking, I will not and do not fail at any task placed in front of me.  And in accordance with your requirement for someone who is not afraid to roll up their sleeves, I have also included a picture of myself with my sleeves rolled up as I believe this shows that I have a willingness to go the extra mile and also that I am comfortable with my forearms.

My salary requirement is flexible and negotiable, depending on such factors as additional benefits, faster salary reviews, increased advancement opportunities and the possibility of green-screen shenanigans.

I feel quite certain that I am well qualified and could be a natural fit for this position. I look forward to hearing from you.”

If you read the entire letter, you probably noticed that I said I sent along a picture.  Well, their job listing asked for “Strong problem solving skills and willingness to roll up one’s sleeves.”  So, I sent them this picture… 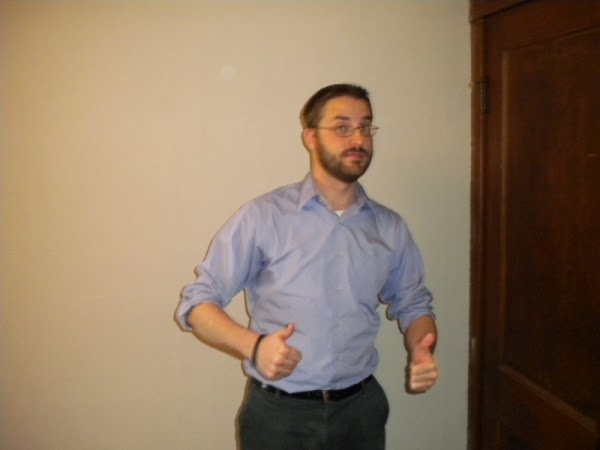 Hopefully there is someone there at their headquarters sifting through resumes all day that got a good chuckle out of my submission.  Because I am absolutely certain that I will never hear from these people.


It’s been a stormy couple of days here in the Midwest, and that makes this post topical!  I don’t know (or care) how anyone else feels about storms; I love them.  There’s something awesome about the raw power of Mother Nature.  To see the wind bending trees and the skies exploding with electricity is amazing.  Plus, storms can convey so many emotions (in movies).  I mean, what’s a dramatic scene without pouring rain? Need a spooky scene?  Why not a thunderstorm? What better way to show sadness that gloomy skies and pouring rain?  And on the opposite side, rain can also show happiness, renewal and a fresh start like when Andy Dufresne escapes prison in The Shawshank Redemption (by the way, who could honestly put Morgan Freeman in prison?).  If only it were so easy to show all of these emotions in real life. 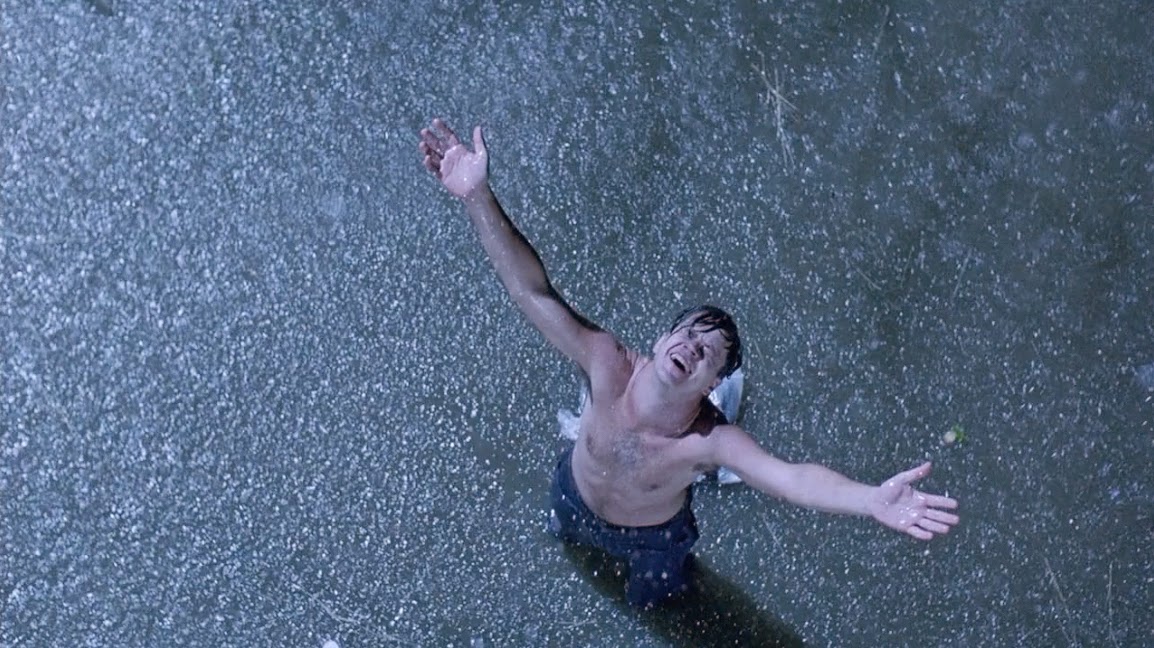 Ok, I’ve lost track of where I was going (something with movies?).  Now, personally I don’t understand why people get so scared of storms.  As a red-blooded, American male who craves adrenaline rushes and has learned everything he knows from movies, storms just seem fantastic to me.  And I guess it wasn’t really until the age of Facebook that I realized that not everyone feels the same way.   These days, I see countless people posting about how terrified they are of storms, and living in the Midwest I don’t honestly know how you can function if you’re scared of storms.  That’s like living in Australia and being afraid of anything that can kill you (because everything in Australia is trying to kill you).  My friends post status updates galore to the tune of “Oh no, sirens”, “I hate storms”, “Power is out”, “Hiding in the basement”, etc.  Meanwhile, I’ve tagged myself as “in a tree” (long story…actually, not long, just dumb).

So, maybe I can enlighten some people as to why storms are great.   First off, as we know, the three main elements of a storm are thunder, lightening and rain.

Sure, when all three are together they seem pretty formidable, but remember that old Jack Burton can best them all any day of the week. And also, look at those ridiculous hats!

“But what about tornadoes?” you may ask (stop interrupting).  Okay, so you’ve conquered your fear of the Big 3 but now you’re worried about a little wind?  In the past couple of years, I’ve been within a few hundred yards of 2 separate tornadoes and I’ve also seen the movie Twister, so I think you can trust me when I say that tornadoes have no interest in hurting people.  They’re really like Lennie from Of Mice and Men (I haven’t read the book but I remember all the times it was referenced in Looney Tunes).  Tornadoes are just big oafs that want to play and don’t know their own strength.  And they’re especially fond of animals (cows, really).

“I will hug him, and pet him, and squeeze him"

And, if you look at one of our most well known historical documentaries about severe weather on the plains of Kansas, you’ll see that the end game of being swept up in a tornado is that you get to go to Oz, pick up a sweet pair of shoes, party with midgets and make friends with a robot.  Where’s the downside? 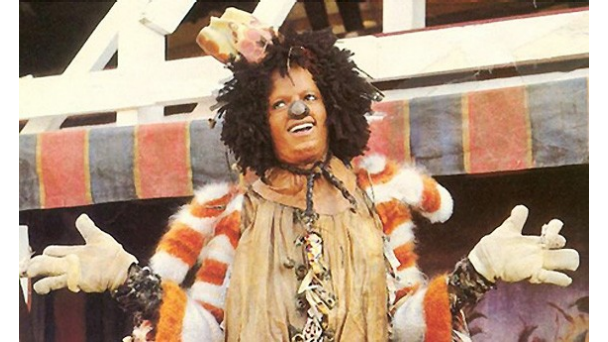 Or possibly learn how to Moonwalk from a scarecrow

You know, there is actually a pretty good chance that I need to watch more Weather Channel and fewer movies.