March is over and I finished this month a year older, vaccinated, with frosted hair that will show up on my driver’s license for the next four years, and with a literal shit ton of image-based jokes for the month.  Honestly, I think I had more visual humor this month than I did my traditional wordy jokes.  Call it laziness or call it being savvy!  I really don’t care what you call it as long as you read my material and don’t hate it.  It is a little fun that early in the month I shit on Tool fans and then almost immediately go on a spree of posting myself hanging out with boy bands.  For real though, Tool fans are the worst.  Let’s check out some jokes.

One perk of working from home that I don't see enough people talk about is being able to heat up whatever you want for lunch without coworkers complaining about the breakroom smelling bad. 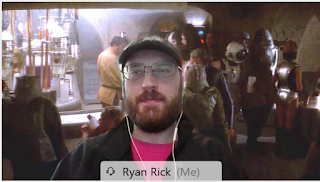 If you are complaining about Dr. Seuss "being canceled" then you've made it clear that his books are above your reading level anyway.

I'm pretty sure that nobody on earth is as impressed with themselves for simply liking a band as Tool fans are for liking Tool.

Abby: "I'm the coolest kid in the world."

Henry: "Most people in the world don't even know you exist."

Holy shit, this kid is savage. 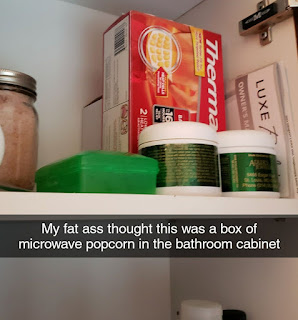 I'm always looking for new and creative ways to annoy or embarrass my wife. I may have outdone myself this time. #FrostedHairDontCare 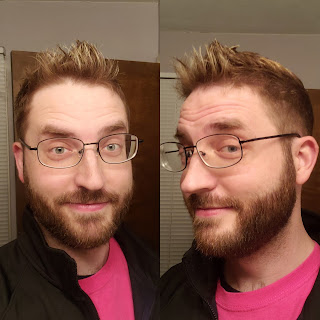 Honestly, my wife really is the best. She spent the latter half of last year dealing with my hair and beard making me look like a guy who lives under an overpass and now she's got me looking like I'm the president of the N*SYNC fan club. What a trooper.

I don't know how yesterday was for everyone else, but I watched a self-admitted supporter of the proud boys have a meltdown, make a bunch of transphobic comments and post a TikTok video of himself quitting a radio show fan page while saying everyone else "needed participation trophies" all because most of the other people in the group disagreed with his critique of the show apparently not having enough original content.

The internet is fucking wild sometimes. And good riddance to that loser.

I forgot to post this the other day, but I shifted from Star Wars to Star Trek during my meetings. 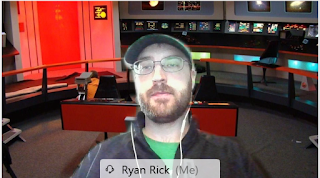 I'm embracing my new hair on my work calls. 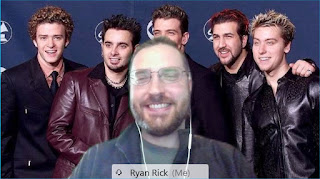 Abby doesn't quite get the phrase "frosted tips." Over the last few days she's referred to my hair as "icy blades" and "cold braids."

I had N*SYNC, figured I better even things up with a little BSB so I don't look like I'm playing favorites. 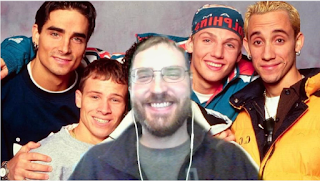 I appreciate the fact that the weather is warming up. It was 98 Degrees yesterday. 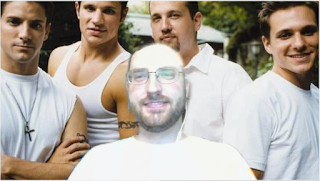 Keeping the boy bands going but throwing it back a little so I can remind everyone that I've got the right stuff. 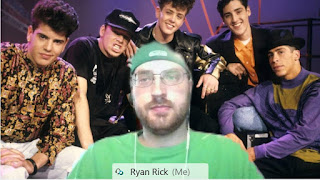 Scenario: My wife and I have pulled into our driveway, are exiting the car, and have an empty fast food bag that needs to be thrown away.

Kahla: "Can you get the trash out of the car?"

Me: "You're already walking to the door under your own power."

We have a special relationship.

This picture was taken in the Middle of Nowhere. 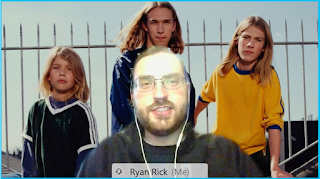 Just trying to spice up your life. 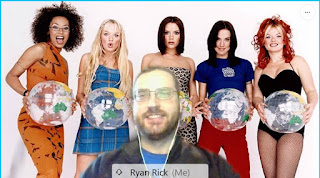 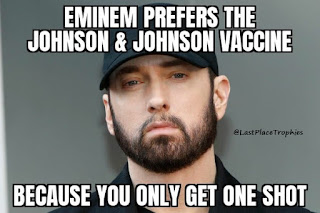 My wife and I were talking about one of our nephews to our kids the other day and ended up explaining how an aunt/uncle relates to niece/nephew to them.

I was at the dentist today and had to get some x-rays on my mouth; something that didn't go very smoothly last time I had it done. And sometimes I try to make jokes that just come out weird.

Hygienist: "You didn't gag nearly as much this time."

Me: "I've been practicing."

I need a big fuzzy hat. 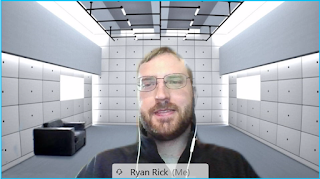 Power is out at home due to a storm. Good thing I decked out my toilet with useful accessories! 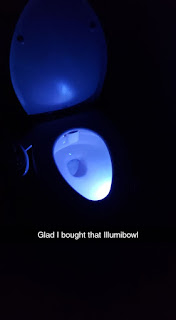 I had a few beers during the bad weather/power outage last night and I'm not sure if the storm knocked over these chairs or if I did it. 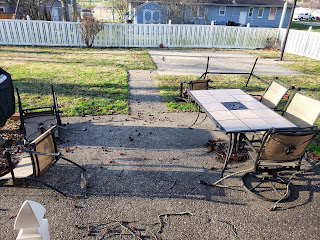 Development: I forgot that my driver's license expired this month, so it looks like I'll have frosted tips on my license for the next 4 years.

Just keeping the faith over here. 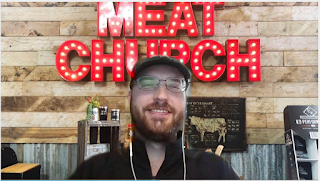 All in all, it was a good month.  I cannot express how stoked I am about it being spring now.  We’re officially in the half of the year that isn’t complete bullshit.  Let’s enjoy it!