So, I managed to successfully avoid going another month without writing a single new story, which definitely helps me feel like less of a bum.  And bonus points, my most recent story, “Who’s Gonna Drive You Home?”, cracked my top 10 most viewed stories of all time.   All around, not a bad month.  Plus, you know, all these jokes that I wrote this month.

6/1/2014
I was listening to my iPod while mowing my dad's lawn the other day. I think it was the first time the neighbors had seen someone moonwalk a lawnmower across a yard.

6/1
I was so excited to hang out with my buddy Alex tonight that when I cleaned up after work I mistakenly put hair gel in my beard. I don't even get that excited when I have a date. ‪#‎RadBromance

6/2/2013
Woke up this morning to find my roommate passed out on the couch cuddling with a bag of frozen tater tots.

6/3/2014
Clothes are all wrinkled because you were too lazy to take them out of the dryer in a timely fashion? Better run the dryer again on the "wrinkle-free" setting and hope you do better this time around.

6/3/2013
When I go out drinking, I like to stay just sober enough that I can legitimately make fun of anyone that's drunker than me.

6/5/2013
I was thinking today that I've never dated a girl who has a song named after her like "Beth", "Amanda", "Melissa" etc. But then I realized that Jet has a song called "Cold Hard Bitch" and I think that counts.

6/6
This sounds like the kind of obnoxious shit I'd say, too.

6/6
I'm really bad at picking up on romantic signals. But I'm starting to kind of wonder if that's just because, like turn signals, most people around me simply aren't using them.

6/7
One time I was supposed to meet some friends for dinner and I went to the right restaurant but was in the wrong town. And while speaking with them on the phone, trying to find them, I couldn't understand why they were unable to see me standing in the middle of the restaurant waving my arms around looking confused.
When I say "one time" I mean "right now." This is my current situation.

6/9
A buddy of mine asked me to photoshop a picture to put on t-shirts for his volleyball team, The Notorious D.I.G., and in order to complete the project, I had to spend some time gathering some pictures to work with. I feel like this is important information to share so that if I were to die unexpectedly there would be good reason why the bulk of my recent Google search history is "black men playing volleyball." 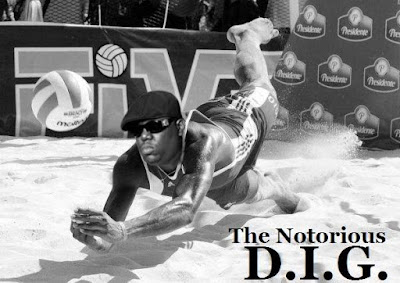 6/10
I keep a pretty busy schedule, which means I don't really get too upset when someone cancels on me because I've always got backup plans.
Side note: Falling asleep on my couch counts as a backup plan.

6/11/2011
Why do romantic comedies show guys doing things that would land them a restraining order in real life?

6/11/2013
I kinda want to use that MapMyRun app when I'm running on the treadmill, just so I'm reminded that I didn't actually go anywhere.

6/11
Sometimes I write jokes about things people do that annoy me. But I like to leave a grace period before posting it so that I can be passive aggressive while still maintaining plausible deniability.

6/12/2014
I had a dream that I was dating a girl and she broke up with me. Even my own subconscious thinks I'm a bad boyfriend.

6/14/2013
Sometimes I like to listen to breakup songs and think about how much I have in common with the shitty guys the lyrics are about.

6/14
A few nights ago, I drunkenly made an appointment with my equally drunk hair stylist when we ran into each other at the bar. Despite the lack of sobriety all-around, we both surprisingly remembered the appointment.‪ #‎SuccessfulAdultMoments

6/16
I don't understand how some people let their phone's battery get so low. I was conditioned by years of schooling to be uncomfortable with anything under 70%

6/17
The great thing about ramen is that you can do pretty much anything with it except feel good about yourself.

6/17
Not sure what everyone else is doing with their Friday night, but I just became an ordained minister online. Because those are gonna be some fun credentials to randomly show off at the bar. 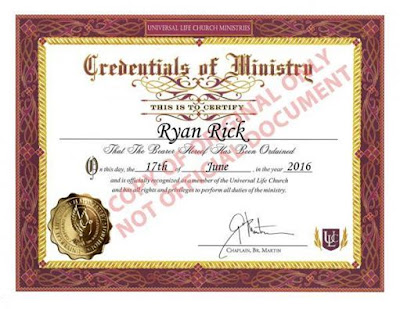 6/19
Sometimes in your adult life you find yourself being scolded by a waitress at 3 a.m. for getting several other tables at the diner involved in The Penis Game.

6/19
I see a lot of people today claiming to have the best dad ever. I hate to break it to you, but strictly from a numbers standpoint most of you are wrong.

6/19/2014
I don't think I could ever be too poor to afford good toilet paper. I would turn tricks on the corner for Cottonelle if I had to.

6/20/2014
Some people seem to think that I have an ego problem. I just want to clarify that I put my pants on the same way as everyone else does: with a considerable amount of self-loathing.

6/21
I never really intentionally take naps. I just have a tendency to fall asleep any time I sit down for more than 5 minutes.

6/22/2014
I saw a decorative tree made out of wine bottles in someone's front yard. I think that's a great way to show people that you're both artsy and an alcoholic.

6/23/2013
I've let myself into a few closed bars. Prices were great, service was terrible.

6/25
Chocolate syrup and barbecue sauce can be pretty similar shades of brown. However, one of them will ruin your glass of milk if you're sleepily bumbling around the kitchen in the morning. ‪#‎LifeLesson

6/25
Needed a beer and a shower after work. Knocked out both at the same time.‪#‎ShowerBeer

6/27
I used the phrase "trailer park hot" to describe a girl today. I felt like kind of a douche for saying that, but on the other hand everyone else agreed that it was a totally accurate description.

6/28
"‪#‎Knuckles is the only person I've ever met that makes not caring not cool." – Ben

6/28
I didn't want to be left out of the Facebook trend. We've been going strong together for years.
**New Challenge For Those In A Relationship**
Post your first picture with your boyfriend/girlfriend or husband/wife and your most recent one. Whether it's weeks apart or years apart. Let's all see the difference!

6/30
I like when Facebook suggests I add someone based on friends that we have in common, but I've literally never seen this suggested person before in my life because apparently when we hang out with our 97 mutual friends they make it a point to only stand outside my field of vision.

Now to get working on that long list of unwritten posts that I keep talking about.