So that was a month, huh?  We’re smack in the middle of a double whammy of shittiness right now: it’s fall and it’s election season.  I have been trying to soak up as much warm weather as I can before the temperature drops and I have to spend countless hours cleaning up from the 5 stupid sweet gum trees in the yard.  But going outside also means I see all the political signs in peoples’ yard and am unfortunately reminded of how depressingly stupid some people are.  Those politics and that level of stupid were highlighted in some of my jokes this month, though I did sprinkle in me just trying to have some workplace fun with a remote workplace.  Check out the jokes.

I decided to start using one of those nifty backgrounds on my video calls at work. #WeGotCows 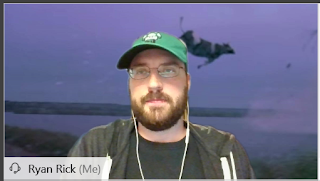 Dwayne Johnson announced that he and his family have COVID. Depending on what symptoms they're experiencing, it is possible that the entire family cannot smell what The Rock is cooking.

They gave up the dream. 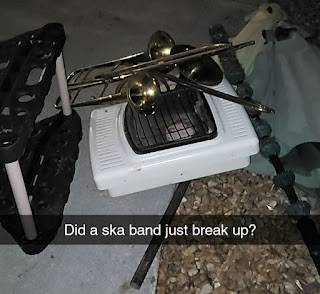 One perk of wearing masks that I haven't seen anyone mention is that as we move into the colder months of the year non-bearded people will finally get the same kind of wind chill protection on their faces that bearded folks have been enjoying all along.

I've got a new virtual background for web meetings. I'm just trying to find where the Ninja Turtles live. 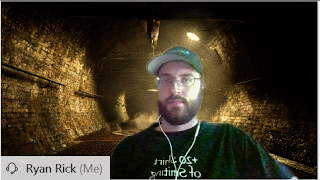 This reboot of Whose Line isn't even funny, though. 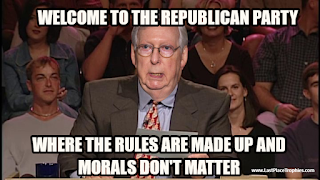 I've had a lot of stiffness in one of my shoulders lately so in order to stretch it out I've just been repeatedly doing the choreography from Greased Lightnin'.

Honestly, it's kind of impressive when people go on political tirades and despite paragraphs of text don't even manage to accidentally say anything correct or factual. I would think you'd have to try to be that wrong all the time.

I had some racist dude in my town threaten to fight me on FB. I'm not going to entertain him on that because that's just dumb as hell, but I don't really understand what there is to accomplish here. There's only 2 possible outcomes from fighting someone over the internet here.

1. I lose the fight. He's still a racist asshole who fights people over the internet.

2. I win the fight. He's still a racist asshole who fights people over the internet and proves that he is just as bad at that as he is at making an intelligible point.

In regards to my last post about the guy who wanted to fight me over a FB comment, I present reason # 8,520,672 why I love my wife: her response to this whole thing was, "I'm not scared of that guy doing anything to us, I just don't want the kids to have to see you beat the shit out of someone in the driveway if he shows up at our house."

After that presidential debate last night, I figured I'd just hang out on the moon instead. 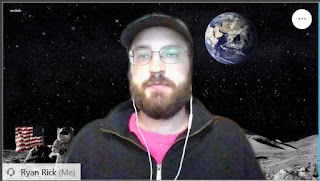 If I can make some predictions for October, I definitely will not have had to fight anyone, I probably will change my virtual background for work meetings several more times, and I may have lost all hope for humanity.  Stay tuned.