Another month of my life is gone and all I really have to show for it is my July Joke Round-Up (sometimes I feel like I’m making just tons of progress in my life, you know?).    It looks like in the middle of the month (specifically the 10th) I absolutely lost my shit and just posted every thought that came into my head, because if nothing else I am a model of self-restraint.  I also threw a couple of throwback jokes in there that I was reminded of thanks to Facebook’s memories notifications, so I have marked those with the appropriate year to show how far I’ve (not) progressed in my joke writing.

7/1
This morning I ate popcorn for breakfast. Then I spent an hour in the kitchen organizing the tupperware. I have no idea if I'm a grown-up or not.

7/2
Me: "He'd been out on a few dates with her but he said they just recently made it official."
‪#‎Knuckles: "What does 'make it official' mean? That he told his parents?"

7/4
Realistically, the most American thing you can do today is to come buy a couch from me, then put it in your yard and sit on it drinking beers. So you should probably come see me at The Tin Shed, stimulate the economy, and don't let the terrorists win.

7/4
4th of July would be the absolute worst time to find yourself in a situation where you're in trouble and needing to fire a distress flare.

7/6
I had a dream last night that I went out drinking with the Backstreet Boys. We picked up some ladies at the bar, then hopped in a limo and went to play mini golf. ‪#‎Ballin

7/10
For breakfast this morning I had a soda and a cookie. Because sometimes I like to celebrate the fact that I don't have diabetes (yet).

7/10
This week my blog has had about 650 views coming from Israel. Looks like they love my humor in The Holy Land.

7/10
There are two really handsome sales guys working at The Tin Shed today. You could come in here and buy some furniture as an excuse to see how good looking we are.

7/10
I like that Facebook sends you a reminder for your own event. Just in case you forgot about that party you were throwing in an hour.

7/10
Eating dinner before a night of drinking is basically just me choosing what I want to throw up later.

7/12
You cannot buy drinks at the bar with Kohl’s card. And if you try to tip a stripper by putting Kohl's Cash in her G-string, you will be asked to leave.

7/12
When you wanna look classy and be comfortable at the same time. 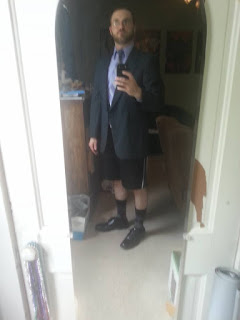 7/13
Had a weekend full of eating and drinking. Popped the button off my pants this morning. Life has consequences.

7/13
Spent my lunch break sewing the button back on my pants while eating. Because I like to simultaneously solve and create problems.

7/15
Had a dream last night that Imperial forces (from Star Wars...so basically Stormtroopers) were invading the town and looking to capture some of my friends, so I hid them in my potato chip factory, right under the noses of the invading army (pretty much like Anne Frank). At one point as they searched the factory, it looked like I was close to being found out so I managed to turn the 2 Imperial Officers watching my factory (who happened to be Mexican Drug Cartel members) against each other by destroying different sections of my factory and telling them that the Emperor would be mad at them for disrupting production and limiting his income. My ploy worked, they shot each other, my ragtag group of friends/rebels managed to push back the Imperial Army and we celebrated by eating the remaining Doritos.
What the hell was I doing last night?!

7/15
Sitting at home with a group of friends, playing Dungeons & Dragons, drinking wine and listening to Dio. I don't think this fits any stereotypes.

7/18
Looks like I get to keep all the Coke for myself. 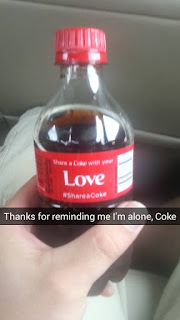 7/19
I just watched The Sixth Sense for the first time. Thankfully, nobody had ever spoiled the twist for me in the 16 years since the movie came out.

7/21
I'm eating cheese goldfish crackers dipped in ketchup. It's like pizza for someone who is not proud of their decisions.

7/22
I just really think everyone should know that I'm Funshine Bear. 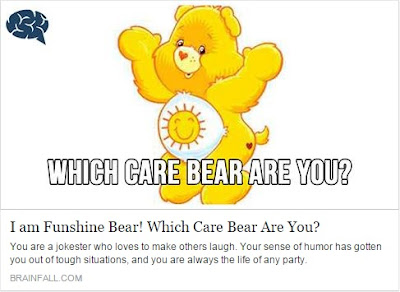 7/22
I guess my biggest question to come out of this whole Ashley Madison hacking thing is how they ensured that the people who were signing up were actually married and not watering down the cheating pool. Did they make them provide their marriage license when they signed up? Like, if single guys tried to sign up would the owners turn them away like, "I'm sorry, but you're not allowed here unless you're trying to have an affair. We're a reputable cheating site. Only married people allowed; you're ruining our integrity." 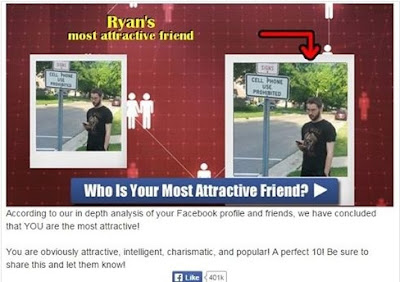 7/23
I remember back before social media, when people used to have their complete psychological breakdowns in private, rather than having it plastered all over the internet. How boring.

7/24
I think the fact that I love eating really hot/spicy food is a good representation of how much I enjoy being miserable in the rest of my life too.

7/24/2014
In my old neighborhood in St. Louis, the police station was right next to a Chinese restaurant. And if you called both at the same time, by the time the police showed up you could offer them your leftover fried rice.

7/25
I HAD A MONSTER ENERGY DRINK FOR BREAKFAST AND I AM JAMMING SO FUCKING HARD TO "SHAKE IT OFF" RIGHT NOW!

7/27
One of the more depressing things about the internet, especially going into election season, is seeing how many people truly are just politically ignorant or downright stupid. And then noticing how outrageously opinionated those people are. And finally realizing that the votes of those dopes hold just as much weight as your own.

7/28
"According to dieticians, white bread is worse than beating your children." – J-Bone

7/29/2012
My biggest concern about being gone for a week is that Knuckles will have the apartment to himself. I'm sure we'll come home to beefaroni stains on the walls, half eaten pizza rolls and beer cans everywhere.

7/30
I could tell I was extra tired this morning when I tried to do my hair and sleepily grabbed my toothpaste instead of the styling putty. The bad news: I'm still exhausted. The good news: I'm minty fresh.

7/30/2011
Joined in on what I thought was a parade this morning. Started throwing candy out my car window. Turned out to be a funeral procession.

7/31
If I share one of my old "memories" from Facebook, then next year will Facebook show me a memory of me sharing my memory? "Hey, here's a reminder of you remembering a memory that we reminded you to remember."

7/31
This is pretty much how every conversation with me goes. You laugh, you learn and then you find yourself unsure of whether or not you're supposed to feel bad. 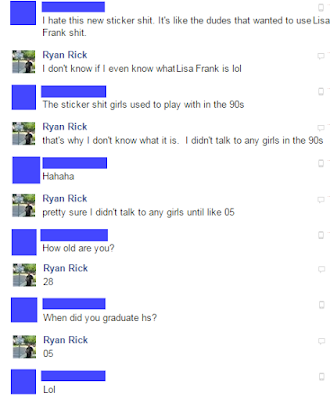 I’ve spent the past 2 days actually finishing some writing projects for a change (that last post really motivated me to stop being a bum), so you should be seeing another update here in the next week or so.  Also, keep showing this blog to all of your friends so that I can actually make something of myself with all of this (questionable) talent.