So another month has come and gone; here I am with yet another recap of all my jokes for the month.  What kind of new things happened this month?  Well, first of all I moved all of my jokes from my personal Facebook page over to a brand new page specifically for Last Place Trophies (how exciting!).  I also found myself being some strange combination of exceptionally creative and lazy at the same time, because I have planned out 11 future blog posts to write but haven’t actually managed to sit down and start writing any of them (what a lazy asshole!).  But, you should start seeing some of them trickle out this month and it seems like that will keep me busy for a while.  In the meantime, enjoy all of these jokes I’ve already written!

2/1
I keep seeing posts about that Valentine's Day promo at Hooters where you can shred pictures of your ex for 10 free wings. No offense to all my female friends, but I'm probably gonna print some of your pics from Facebook and see just how many free wings they'll give me. I love hot wings.‪#‎HeartacheAndHeartburn

2/4
In case anyone was wondering what Lacey Chabert is up to these days. Gretchen Weiners has fallen so far. 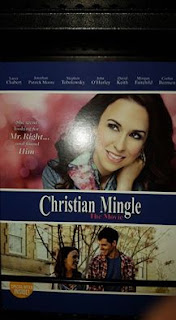 2/6
Positive side of drinking: you get to exercise your critical thinking skills as you try to deduce what the hell you did last night.

2/7
I've had this phone for a couple of months now and the auto-correct still hasn't quite gotten the hang of how I talk. For instance, any time I try to refer to something as "baller" my friends just think I'm really into ballet. Side note: I often refer to things as baller.

2/7
One of the more harrowing moments of my everyday life is when I've finished my shower but my brain has somehow forgotten which way to turn the knob to shut off the water. So, I have to make my peace with the world, pick a direction to turn and hope I don't boil myself alive. Thankfully, I've once again survived to see another day.

2/8
I think I'm gonna go old school for Valentine's Day this year. I'll decorate a shoebox and just hope someone wants to leave me a Valentine card or some candy in it.

2/8
I've had a lot of people in my life tell me that I have a big mouth, but I had to buy a youth-sized mouth guard for hockey because all the adult ones were too big. So, I'm feeling pretty vindicated right now.

2/9
I think the most damning evidence against a lot of conspiracy theories is the fact that they imply that our government is actually competent enough to accomplish anything.

2/9/2013
I just got kicked out of a grocery store because #Knuckles passed out.

2/9/2013
I've never caught and roasted a squirrel over a fire for a girl. Maybe that's where I went wrong.

2/9
It's amazing how much you can accomplish in life while drifting through your days completely oblivious to everything going on around you.

2/10
I decided to give up sex for Lent. Thankfully, this just means that life will continue as normal for me over the next 40 days.

2/11
I don't really handle emotional situations well, so I have a pretty standard technique for whenever someone is upset around me: stare at them blankly until they stop crying.

2/11
I'm all ready for Valentine's Day.
In case anyone was wondering how far I'll go for a joke, the answer is $8 and 20 minutes of wrapping. 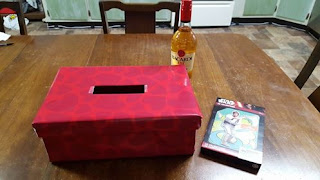 2/12
I want to become a notary public just so I can make every useless note an official document: grocery lists, post-its, random scribbles, etc.

2/13
My buddy Anthony has put $0.27 and a bottle cap in my Valentine's box. He's also stolen candy out of it. ‪#‎TrueFriendship

2/13
My friend Tara has started a sweatshop to make Valentines for me. I have never felt so powerful and pathetic at the same time.

2/14
I had a difficult decision to make this morning: wash off the temporary tattoos from the party I went to last night or walk around with Han Solo and Chewbacca neck tattoos. Ultimately I washed them off because I didn't want to be profiled as a thug.

2/14
Making a playlist for all of the single folks out there on Valentine's Day. So far I've got:
"Dancing With Myself" - Billy Idol
"Turning Japanese" - The Vapors
"She Bop" - Cyndi Lauper
"Longview" - Green Day
"I Touch Myself" - The Divinyls
Feel free to add your own ‪#‎SongsAboutBatin #LoveThyself

2/14
Looks like my Valentine box was a success. Clearly more grown ups should take a cue from their grade school V-Day parties and make these next year. 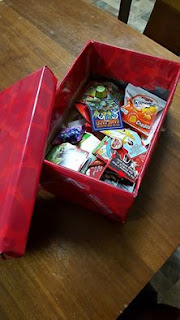 2/15
I was at a raffle where one of the prizes was several free months of a gym membership. I can't convince myself to go to the gym when I'm paying for it, what makes you think I'm gonna go when it's free?

2/15
Historians have reconstructed the rebel yell that Confederate troops used to psych out Union soldiers during the Civil War.
It sounds nothing like what Billy Idol led me to believe it would.

2/16
Had a customer at work tell me she found my Facebook page and blog and that she thought I was hilarious. This must be what fame feels like.
I am available for public events and autograph signings. Or, you know, just if anyone wants hang out, too.

2/17
I thought I could write a funny article about charming the opposite sex called "How to Flirt." So far, all I've written is the title and the word "Don't."
Looks like this one is gonna take me a while.  #KnowYourLimits

2/17
For any of my friends that are fellow Blues fans, I made this image today. Pretty sure it nails their current situation. 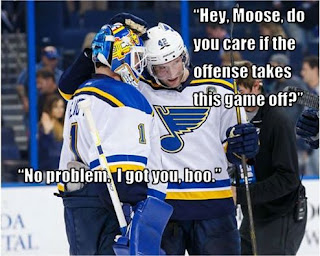 2/19/2014
Watching other people making the same old mistakes over and over makes me feel good about the new and different mistakes that I make.

2/21
I currently have 9 new blog posts planned out and ready to be written. Let's see if I actually get any writing accomplished today or if I panic at the notion of all the work in front of me and decide the best course of action is to avoid it all and watch Netflix.

2/22/2014
One of the fun quirks about my brain is that even when I do something legitimately good or charitable, my brain is disappointed in me. "You donated $10? Someone who isn't a piece of shit would have donated $20."

2/23
According to my tax-preparer/sister, I cannot claim my roommates as dependents on my taxes. Personally, I think if I got audited a simple meet & greet would sufficiently prove that I'm the closest thing to an adult in the household.

2/23
Went to the post office earlier. As I was walking out, 2 other people were walking in and all 3 of us got tangled up like idiots trying to hold the door for one another.‪ #‎PolitePeopleProblems

2/24
Have you ever heard a recording of yourself and found the sound of your own voice to be so much worse than it sounds in your head? Do you think Morgan Freeman has that problem?

2/24
With these new Facebook reactions, we can pretty much stop using words to describe our feelings forever.

2/25
"Hey dude, we better carb load so we have energy for all this Netflix we're about to watch." - My brain's take on fitness

2/25/2014
Apparently our office's kitchen has those soup bowls with handles on them that look like mugs. Looks like somebody is having a bowl of coffee this morning.

2/25
I managed to spill mustard on the guy in front of me. Having a hard time mustering up the courage to tell him. 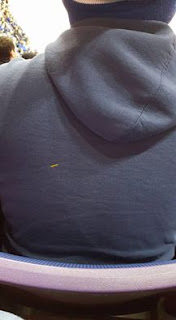 2/26
Occasionally, people will accuse me of using humor to cover up for my insecurities. Let me assure everyone that I feel no need to compensate for any of my apparent shortcomings. ‪#‎AllMyPencilsAreThisBig 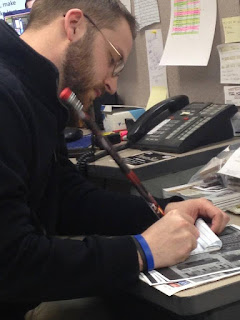 2/26
One of my steadfast rules of dating is that I never chase a girl. That's mostly because I'm kind of out of shape.

2/27
"That baby knows it's ugly." -Anthony's take on Fuller House
"I can only say that because I was a beautiful baby." - Anthony

2/27
With Netflix's release of Fuller House, it's only a matter of time before we see Saved By The Bell: The Cripplingly Depressing Adult Years

2/28/2014
New drinking game: Take a viagra and see if you can get drunk before you get an erection. The game is called Whiskey Dick.

2/28
I regularly have trouble getting comfortable when trying to fall asleep because I don't know what to do with my arms. I really hope I'm not the only idiot with this problem.

2/28
This faceswap is terrifying. ‪#‎Knuckles 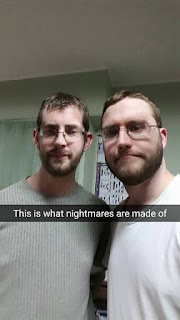 2/28
If I approached the rest of my life with the same kind of iron resolve and determination that I exhibit when trying to carry all of my groceries in one trip, I'd be unstoppable.


2/29
Remember, anything you do today won't show back up in your time hop for another 4 years. That's basically a free pass to make regrettable decisions.

2/29
A true showing of testosterone: playing hockey and following it up by jamming in the car to Backstreet Boys, NSYNC and Hanson.

Keep an eye out for some of those upcoming blog posts that I've been working so diligently on!