I felt like I was a little light on joke inspiration this month.  And, in putting together the round up, it would appear I was right.  Or maybe all of my creativity is drying up and I’ll soon just be a shell of the man I once was.  Who knows?  Here’s the past month’s jokes.

3/1
A true showing of testosterone: playing hockey and following it up by jamming in the car to Backstreet Boys, NSYNC and Hanson.

3/1
Deep down I think one of my biggest motivators to keep writing is so that I eventually hit the big-time and find someone who likes me for my money, because my looks and personality don't seem to be cutting it.

3/3
I'm pretty awful at picking up on signals that a woman is interested in me but I am top notch at noticing when she is not interested.

3/5
Dudders: "It's tough to be the other guy in an all-guy relationship."

3/5/2013
People are always so quick to say a baby looks "just like" its mother or father. How do they see this? I don't think babies look like anyone. I think they just look like other babies.

3/5
I was watching TV and saw a commercial for that Farmer's Only dating site where the "country girl" catches the "city girl" with a fishing line and drags her out of a boat and across the lake. Ignoring the fact that I think that's a very rude thing to do, what is the tensile strength on that fishing line? Because I have broken plenty of lines on tree branches. I catch a lot of tree branches.
I am bad at fishing.

3/5
Pretty sure if I was a UFC fighter my intro music would be Spice Girls "Wannabe." Seems like a great way to psyche out my opponent.

3/6
I have to drink the beer in my fridge so we have room to put food in there. I don't even want to drink today, I'm just doing it as a public service. 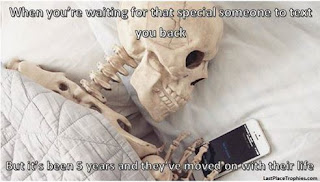 3/8/2012
Air drumming to Boston in my car at a red light. See a kid in the car next to me making a recording of it with his phone. Keep drumming

3/10
I typically don't get too hung up when I'm rejected by a woman because I know there are still plenty more ladies out there just waiting to turn me down.

3/11
We're having a potluck at work to celebrate several people's birthdays this month. I have eaten so much that I want to die. Naturally, I'm about to go back for my 9th serving.

3/12
I found an article called "14 Fun Facts About Daylight Saving Time." The article then went on to talk about how DST increases risks of stroke, increases fatalaccidents, and has other adverse effects on health and wellness.
Apparently, the author and I have very different ideas of what constitutes a "fun" fact.

3/12
In case you missed that time that I was on Saved by the Bell. 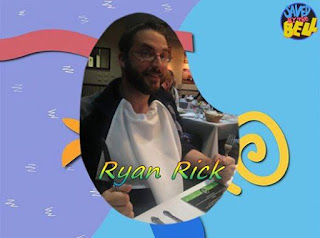 3/13
Dating is kind of like a job search for me. On paper, I'm seemingly over qualified despite not knowing what the hell I'm doing. And on the rare occasion that I find what seems to be a good fit, I blow it in the interview.

3/15
I voted today, but ‪#‎Knuckles did not vote because he hates America.

3/15/2013
Honestly, unless your baby is dressed as Mr. T, riding a miniature rhinocerous, lifting a Volkswagen over its head or something else equally badass, I don't need to see a new picture of it just sitting there every day.

3/16/2014
My car died.  I wasn't really sure what to do with it, so I pushed it to the dumpster behind my apartment and left it there.

3/17
I started my day by making stupid faces and shooty gun-fingers at myself in the bathroom mirror this morning. I think I'm gonna be pretty good at being 29.

3/20
Today's hangover report: I feel better than I expected but worse than I would like.

3/20
I just got carded while trying to buy pants. I swore to the cashier that I was old enough but she said she needed to see my ID for these Levi's anyways.

3/20
I had to buy new pants today because at my party last night I ripped a hole in these, then took that as an opportunity to tear the pants apart Hulk Hogan style and spend the next hour or so wandering around the party wearing the remnants, which was basically just a waistband with pockets. ‪#‎Classy 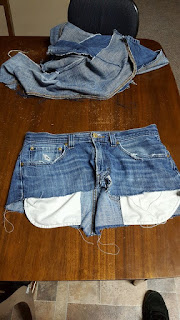 3/20
My cousin showed up to the party last night with McNuggets. If you don't know why that's important, then you need to go back and read The Nugget Run and The Roundabout. 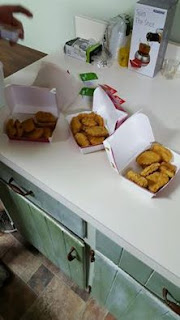 3/21
A lot of weddings have a "couples dance" where all the couples get out on the dance floor and then get systematically eliminated until the couple who has been together the longest is the only one left. I think they should add in a singles dance like that, too. By the end of the song it's just me dancing out there by myself.

3/22
I went to the grocery store and felt proud of myself because I didn't freak out about how much I was spending or even bother looking at my receipt. Then I remembered that I was just buying milk and bread. I'm financially secure enough that I can comfortably buy basic staples of survival. Ladies...? ‪#‎Baller

3/26
I woke up well before my alarm this morning and laid in bed wide awake for a solid 45 minutes contemplating just getting up and starting my day. When my alarm went off, still wide awake and ready to go, I hit snooze anyways. 3 times. What am I even doing with my life? 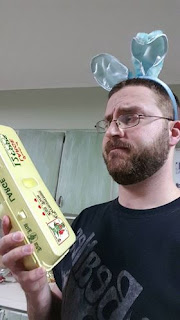 3/29
Why are people worried about building a wall on the Mexican border but not the Canadian one? Canada sent us both Nickelback and Justin Bieber. Pretty clear who the real threat to America is.

3/30
I try to give a girl at least 2 dates to make an impression but after the first date they all seem to have the consensus that seeing me a second time is not worth the free dinner.

Still plenty of brand new posts in the planning/writing/procrastinating stages.  Keep checking back!