Another month.  Here’s some jokes.  Read them!

4/1/2014
Honestly, I have no idea how people got anywhere before mapquest & GPS. Sometimes I struggle to find my way out of my apartment. 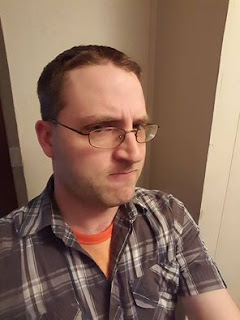 4/2/2013
I want to get a group together to take one of those old-time novelty photographs, but have one person standing in the background dressed as Marty McFly and looking confused.

4/2
I think dating apps are a great way to find out that nobody within 30 miles of you thinks you're worth a shit.

4/4
I like scrolling through my newsfeed and reading political & economic policy opinions from people whose only understanding of inflation is when they have to put air in their tires.

4/6
#Knuckles is eating dinner out of a casserole dish on a TV tray while sitting at the kitchen table. 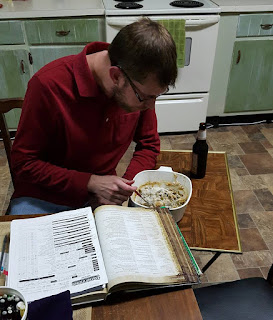 4/7
Off work today, but had a conference call scheduled for this morning so I got up early and got dressed because I thought it was a video conference. Turns out it was audio only. Really disappointed in this pants situation at the moment.

4/7/14
I had to stop by the dealership where I got my car this evening and I noticed the girl working the front desk was pretty cute. So my plan is to buy several more cars and/or frequently break mine so that I can "conveniently" run into her more often.

4/9/2011
I was at the store, talking to what I thought was my friend standing next to me. Turned out that I had been talking to a cardboard cutout of Justin Bieber.

4/9
"My last act as your roommate will be to murder you in your sleep." - ‪#‎Knuckles

4/12
I like drinking milk out of scotch glasses in the morning. It feels like the perfect combination of sophistication, rebelliousness and responsibility.

4/13
Got caught wearing the same outfits. 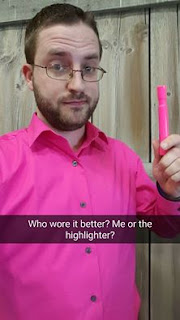 4/13
Watched a movie about an evil mirror. Slightly concerned that everyone in the movie still had great hair, despite the mirror's apparent malevolence.

4/15
My phone still has yet to figure out that at no point have I ever meant to say "ducking" but I have managed to teach it "Tarasenko" and I feel like that's a personal victory.

4/16
Was offered some goat cheese at dinner tonight. Never had it before and wasn't quite sure what to do, so I just ate a big spoonful. Apparently I was supposed to put it on top of my pasta. Life is full of learning experiences.

4/18/14
I ran into a former teacher at a karaoke bar last night. She seemed embarrassed to be caught out drinking by a student but then I reminded her that it had been like 15 years since I was in her class and promised that I wouldn't tell the other kids.

4/18
I dreamt last night that I was getting ready for school (why?) and that I had a mullet (ew!) and that I actually thought it looked really good (NOOO!!).
My nightmares are weird.

4/18
My hockey team was a little short-handed tonight so we found this guy to fill in as goalie for us. 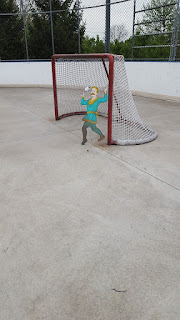 4/19
I like when people are upset and post 3 angry sentences followed up with "End Rant." When I'm pissed off about something I write scholarly essays with proper MLA citations.

4/20
Netflix has thrown Friends in as a suggestion because I watched a horror movie. I thought I had seen most of the episodes over the years but I guess I missed "The One Where Ross Snaps And Goes On A Killing Spree." 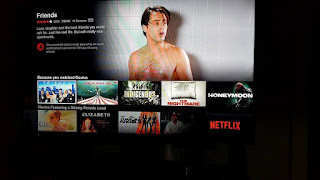 4/21/2012
Having a twitter account with no followers is the equivalent of sitting in your car and talking to yourself.

4/21/2014
Oscar Mayer is recalling 96,000 lbs of hot dogs because they may have accidentally put cheese dogs in the regular hot dog packages. I feel like finding one of these packages would be even more exciting than opening your fast food bag and finding a surprise curly fry in your regular fries.

4/23
I am not emotionally stable enough to handle playoff hockey.

4/26/2013
There was a guy in front of me at the store who was buying condoms and looking very nervous/embarassed. So, I gave him a high five because I think that guy has every right to feel awesome.

4/28
"You're an asshole because you have the power and you choose not to accept it." - ‪#‎Knuckles
There is no context to this quote because there was no context when it was said. I just want everyone to be as confused as I am.

4/29
I like to keep this packet of earl grey tea in my wallet just in case. Sometimes you need to make things a little steamy. 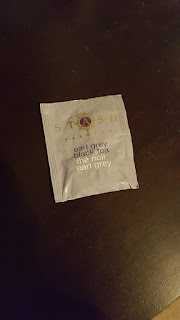 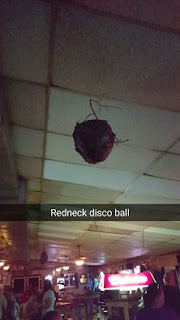