The first month of 2017 is in the books and it sucked.  The Blues played so terribly that the only way I could console myself was to eat a second-hand hot dog, I accidentally told an entire bar about my sweaty butt, we have a bright orange Commander in Tweet running the country, and I found out my girlfriend has terrible taste in music.  On the bright side, I managed to actually write an article that wasn’t just a list of jokes, even if it was short and unsatisfying (that’s what she said). So, here’s the jokes.

1/1
Realistically, I handle most of my problems exactly like Mariah Carey did last night: I wander around not knowing what the hell to do and repeating mostly innocuous statements just hoping someone notices the annoyance in my voice.

1/8
I thought my girlfriend might be the one, but she just told me she likes Disturbed's cover of "Sound of Silence" more than Simon & Garfunkel's so now we're fighting.

1/12
I changed the cabin air filter in my car yesterday. My girlfriend told me I should change it more frequently "because it's probably clogged with farts."
She's not wrong, but sometimes words hurt, too.

1/12
I think that if you're freaking out over icy weather before anything even happens then you're basically letting the terrorists win.

1/19
Obama is gonna have a busy afternoon because he's still supposed to take away all the guns before he leaves office.

1/19
About to steal one of these hot dogs from under the seat in front of me at the hockey game.... 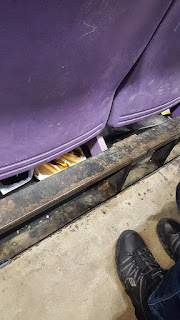 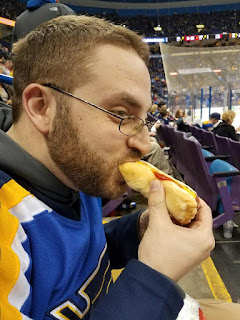 1/19
It's amazing all the extra little details of the game that you can see when sitting this close. For example, I noticed the glass fogging up from the steaming dump the Blues took on the ice. 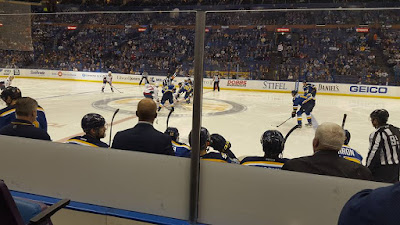 1/19
I saw a guy in the bathroom at Scottrade snapping a photo of an ad for a divorce lawyer. So, someone is having a worse night than the Blues.

1/20
Woke up this morning without any guns. Pretty sneaky, Obama.

1/21
This past week, the Blues had 2 different promotional nights: their annual Star Wars Night and their first ever Pride Night. As you could probably have foresaw, there was some backlash to Pride Night from exactly the types of people you'd expect it from. Me, being the shit-starter that I am, took some quotes from people angry at Pride Night and made slight alterations to apply those same objections to Star Wars Night and then posted it in a Blues fan group that I'm in. Because I felt that to be the most appropriate way to combat intolerance. 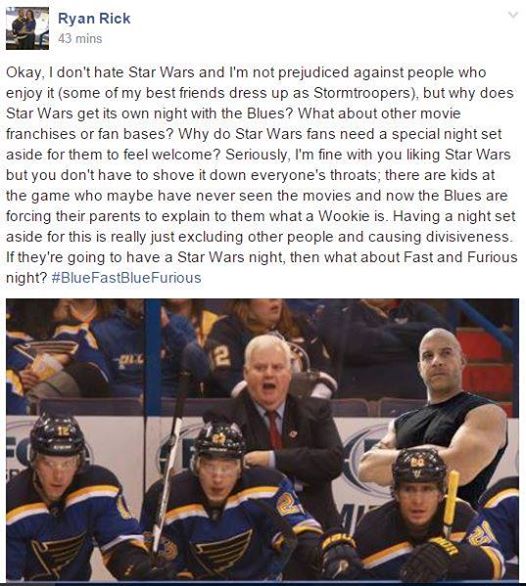 1/24
I'm eating ice cream and garlic bread. There's some slight concern that I may be pregnant. And I'm even more worried about Republicans trying to shut down Planned Parenthood now.

1/27
Sat under an archway at this bar, which created an echo allowing me to eavesdrop on multiple conversations happening around the bar. Failed to take into account that the effect worked both ways so a good chunk of the bar got to listen in on me talking about sweaty butts.

1/31
Just trying to be a good boy.
Also, I don't actually have any stitches. 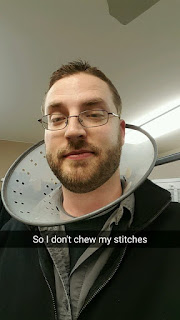 Historically, February has always been a shitty month since basically the beginning of time, so I’m glad it’s short.  Let’s just all try to stay alive these next 28 days.