September 2017 Joke Round Up

Interesting month to look back on.  I started off a little political, got in a lot of pictures (including the always appreciated reference to Cool Runnings), reaffirmed my hatred of Fall and people named Blake, and stumbled upon a dick-measuring contest at work.  These are jokes.

9/1
When I see people argue that Nazis were socialist because of their name, I have to wonder what they think of the Democratic People's Republic of Korea. And of The Cheesecake Factory.

9/2
Last week, after my credit card was declined at the grocery store, I checked my account to see a fraudulent charge for $167 at Jimmy Jazz. I immediately got on the phone with my bank's fraud department and gave them an earful. You'd think that after tracking my purchase habits for the last 5 years they'd know better than to think that me buying urban streetwear is more likely than me buying 7 frozen burritos.

9/5
If you don't instinctively refer to every sequel as "(Title) 2: Electric Boogaloo" then I'm just really not sure how we can even be friends.

9/7
I just need to know who is spending their time converting bears to Christianity. 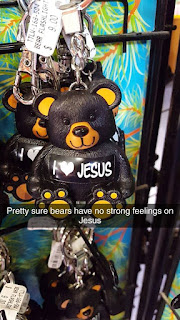 9/8
I know I may seem like I'm totally cool, suave and composed at all times, but you should know that properly working Excel functions make me giddy. 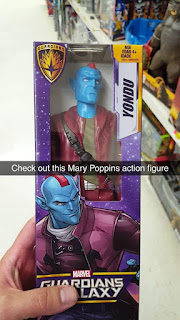 9/9
Today I managed to accidentally slice open my finger with a pair of child safety scissors. #NeverTellMeTheOdds

9/12
I'm sure this is an artistic impression of something.... 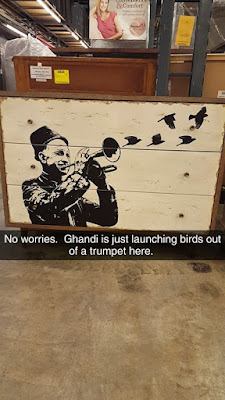 9/13
Every sci-fi/horror/disaster movie has a team of like 5 experts in their field and then 1 regular dude that is tossed in because he either grew up in the area, or can cook, or his grandpa funded the expedition, etc. And today I came to the sad realization that I'm not even qualified to be the regular dude in those situations. Hell, Ernie Hudson joined the Ghostbusters for no other reason than the fact that he was just a guy looking for a job. I'm not qualified to be Ernie Hudson.

9/16
Conversations with a 6 year-old.
Me: "Abby, did you eat cookies for breakfast?"
Abby: "Yes, but they were so nummy."
Me: "I understand that struggle."

9/18
Really concerned about what was being measured in the men's room. 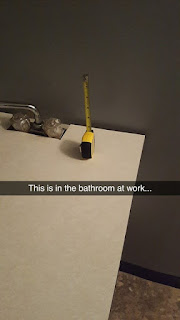 9/19
Last night, to the surprise of everyone on my hockey team, I scored 2 goals in quick succession. Immediately afterwards, I overheard the other team's captain telling his team that they needed to make sure to cover me, which worked out really well for us because as they were wasting coverage on me, the actual good players on my team were able to get open and make plays. #DiversionaryTactics 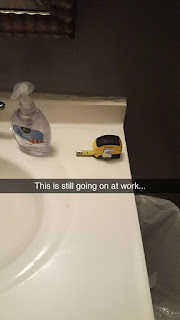 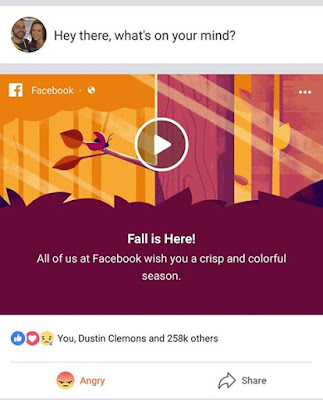 9/23
Don't ask why I was looking at candles online, but for $500 this candle better be the size of a beer keg and have the same relaxing properties as Ambien. 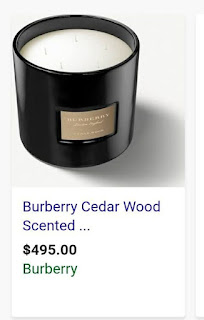 9/25
Was on the sidelines of a 5k run this past weekend. Thought I'd take it upon myself to turn the race into an obstacle course. 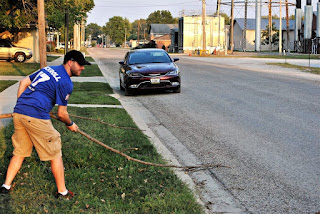 9/27
Does anyone else have those people that you don’t know personally but can identify by name simply because you always see them leaving stupid-ass replies on your friends’ posts? Checking the comment section like, “Alright, let’s see what fucking Blake said now because I know it’s gonna be dumb. Glad that asshole isn’t my friend.”

9/29
There are so many things wrong with this. Gobbles up too much drawer space? How big of a pizza cutter are they using? Is that why this person's pizza cutter cost $23? Because all the ones I've found cost $5-$12, but maybe I'm just looking at the wrong size. Who the hell is cutting their pizzas with kitchen shears? Because you're wrong and you should be reminded of that constantly. Why don't you eat spaghetti with a garden trowel so you can save money and drawer space on forks, too? And pizza cutters being rarely used? Step off, you don't know how I live my life. 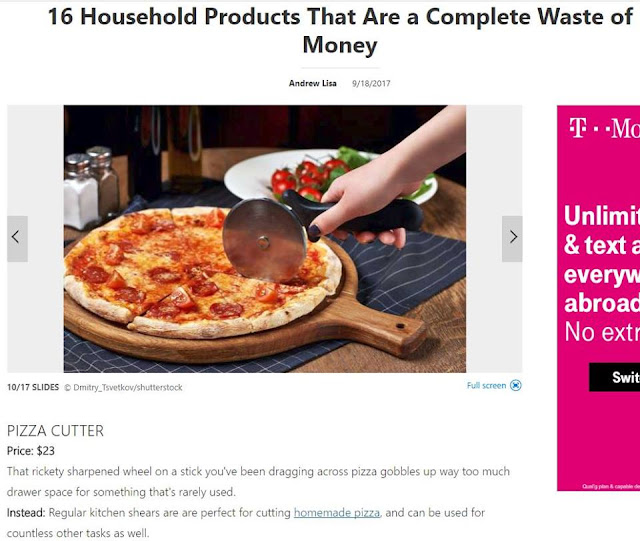 9/30
My girlfriend asked me to send her a bunch of pictures that I took of her and the kids playing at the park. In the midst of the 20 or so pictures I sent, I included this one of the team from Cool Runnings just because I thought it was a good one. 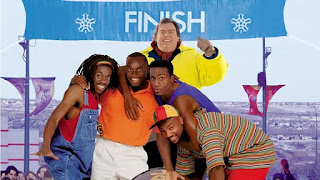 Some people, you know they say they don’t believe. Thanks for reading!