August is over and that means we are ever closer to the absolutely garbage season that is fall.  In this, the last full month of glorious summer before we start the death spiral into most bullshit time of year, I had some crazy dreams, I made probably too many Star Wars references and I reaffirmed the universal constant that I am a fat kid at heart.  Here are jokes.

8/1
My fiancée got a ukelele for herself so she could learn to play. Looks like the soundtrack for the rest of my life is gonna be Train's "Soul Sister." 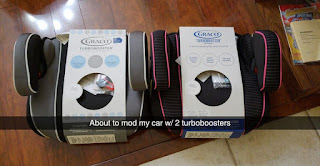 8/5
Watched Dr. Strange with the family this evening. Abby ended up not liking it because she thought I said we were watching Dr. Suess and she didn't see a single cat in a hat.

8/6
What is the appropriate waiting time before eating your kids' leftover mac & cheese in the fridge? Asking for myself.

8/7
Occasionally, I have dreams where I'm fighting people and wake up throwing kicks or punches.
Last night, I had a dream that there was a murderer in my house and I had to stop them. I woke myself up about 3:30 in the morning with some serious sleep-karate and in the flurry of blows I unfortunately managed to catch my sleeping fiancée in the jaw.
I feel absolutely terrible about it, but I'm also slightly concerned that she may have been the murderer.

8/9
While driving the other day I saw a girl walking down the street in gray camo pants and a black tank top and I had to do a double take because for a split second I thought one of the Bushwhackers was just strolling through town. 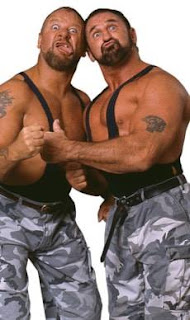 8/10
Just being super mature over here. 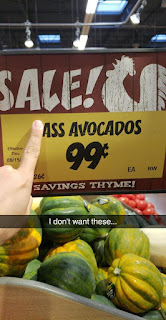 8/13
One thing I enjoy about being a parent is that I feel like I didn't get to repeat myself enough before and now I get to practice saying the same thing over and over again in an increasingly frustrated tone.

8/15
Last night I dreamt that I was at a pretty swanky all-you-can-eat buffet and dream me was pretty pumped about it. I was next in line to pay for my meal and commence to pigging out when my alarm went off. On the one hand I was upset that I didn’t get to enjoy the dream buffet, but I’m also glad the alarm went off before I paid so I didn’t end up wasting my dream money.

8/15
The kids have gotten really into cooking challenge shows lately. So much so that the other night they were having an imaginary Kids Baking Championship at the kitchen table. They took turns pretending to put ingredients together while the other one was the judge and timekeeper. Despite the fact that, since it was all imaginary, they could at any time declare their creations complete, Abby got really mad that Henry was counting too quickly and she wouldn’t be able to finish her cake in time. Conversely, Henry also was upset when Abby told him that his imaginary cake wasn’t good enough to send him to New York.

8/22
I was so worried about getting the kids' lunches together for school this morning that I left my own lunch sitting on the counter. Lame.

8/22
I found the old "Where In The World Is Carmen Sandiego?" computer game available to play online. I failed my first 2 cases by chasing the wrong leads and then failing to obtain a warrant. I don't know how 11-year-old me ever managed to rise above the rank of Gumshoe, but he's making 31-year-old me look like a chump.

8/23
Last weekend I went on a bachelor party trip for one of my friends. This is the only picture of me from the weekend. 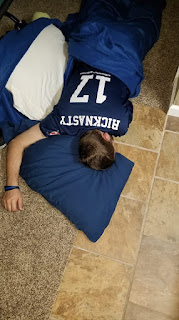 8/25
Some dummy on the internet got into an argument with me and then decided to make rude comments about my fiancée. #GotEm
"Just because fleshlights are shown in advertisements doesn't mean you're married to a model." 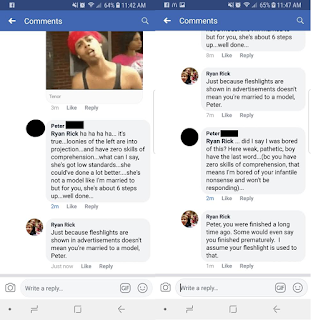 8/25
I heard that a good way to combat conspiracy theories is to counter them with even more outlandish theories. I have taken that to heart. 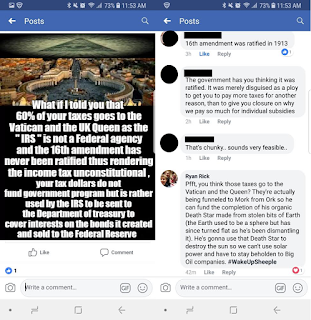 8/28
One of my favorite things about doing dishes is playing a little game I like to call, "Oops, I Guess That Wasn't Dishwasher Safe After All." I'm really good at it.

8/29
Henry asked me to play with his new Star Wars Lego set with him. I take this very seriously. 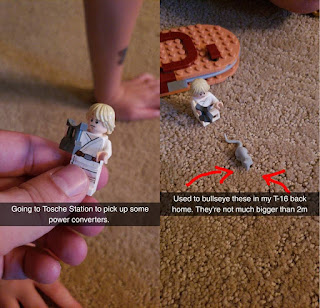 8/29
Keeping with the Star Wars theme, I was teaching Henry to bullseye womp rats. Sadly, we didn't have a T-16 to do it from. 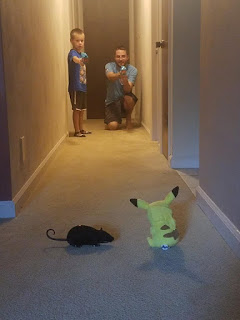 8/30
There is a cricket chirping non-stop outside my window and I'm seriously considering going out there to yell at it to shut the hell up because he's a sadsack who will never get laid.

So in a few weeks we’ll play the yearly gamble of seeing if fall makes me curl up into a ball of quiet despair or makes me start rage-writing a bunch of bitterness-fueled jokes.  It’ll be fun! Stick around.