Geez, it’s fucking August already.  I’m so overwhelmed by this that I had to drop the F-bomb.  The kids go back to school in 2 weeks and my work schedule will change to accommodate getting them to school in the morning.  My evening schedule will change to accommodate the fact that I have to re-learn everything about 1st grade so that I can help them with their homework.  And we’re sneaking ever closer to fall, which we all know is a bullshit, garbage season.  My strategy this past month was to go hard on the jokes early, then forget I needed to write a joke for like a week, and then panic at the end of the month that I hadn’t written enough jokes.  Anyways, here they are. 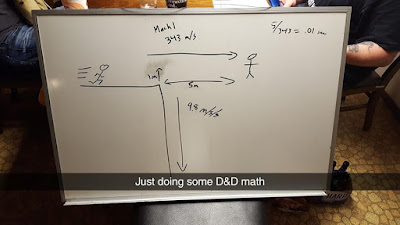 7/4
Nothing unusual about this. Just getting ready to play in the pool. 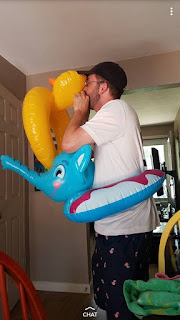 7/4
One cool thing about wearing American flag shorts is that people pay respect when you're at half mast. 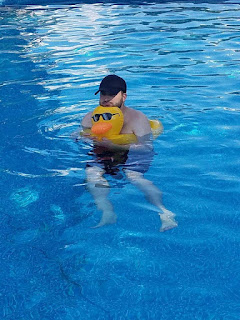 7/6
If you're into anything other than guns (or The Communist Manifesto...?) then this is not the sports section for you. 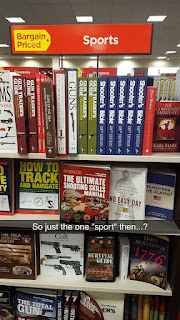 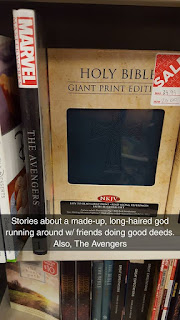 7/13
I made a nice roast with potatoes and carrots but nobody else in the family eats roast so I'm saving on dishes by eating it directly out of the crockpot. #SmallVictories

7/15
Soccer is the premier sport for stupid haircuts.

7/17
I saw this picture online and my first thought was "you can size condoms and measure spaghetti at the same time." 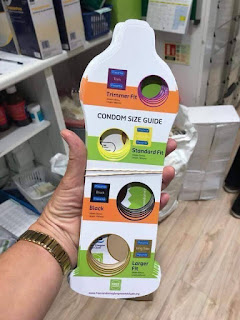 7/18
Taco Bell needs to expand their taco pack lineup to have denominations available to match every size case of beer. I want a taco 30-pack.

7/18
#LifeHack: when posing for a picture, think about farts. It will make you laugh and create a much more genuine smile.

7/20
Came across this in my news feed. Sometimes I don't have to write jokes because people turn themselves into jokes for me.
In the span of less than hour this guy went from "I'm gonna unfriend people because of their politics" to "I can't believe people would unfriend me over politics." 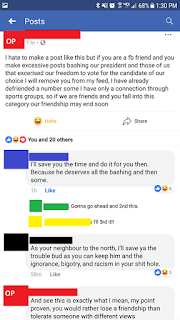 7/21
I've started a tradition of taking the kids out to pick up donuts on Saturday mornings. This succeeds on multiple levels.
1. They think I'm cool.
2. I get to eat donuts.
3. My fiancée and I get to sleep in on Sundays because they eat leftover donuts for breakfast. 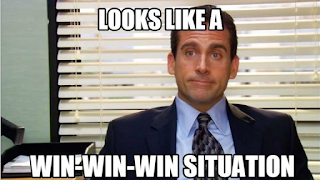 7/24
As I watch the current administration's regular foreign policy blunders cause The United States to slip from a position of leadership on the world stage, I find myself deeply disappointed by the fact that Wakanda isn't real.

7/28
Found some 2-week old mostaccioli in the fridge. Glad I don't have to cook myself lunch now. #LiveDangerously

7/28
I love bounce houses, but the judgemental looks I'm getting from all these kids' parents is really ruining my experience.

7/30
I think my favorite thing about Fox News is that every time you think you've figured out who is the dumbest asshole on the network one of the other anchors steps up their game to a whole new level of dipshittery.

7/30
I told my fiancée that if we have a baby girl in the future I want to name her Charlotte so that when she is well-behaved I can praise her by saying "Good Charlotte." #LittleThings

7/31
When I got home from work today my fiancée surprised me with hot wings. It's like she forgot that I already proposed.

Still getting used to this whole owning a house thing.  And I still kinda feel like I’m just squatting in someone else’s place.  I am positive this awkwardness will result a joke or 2 next month, but only time will tell.