June is done.  In May my fiancée and I bought a house.  In June we actually moved into the house and started the process of figuring out what to do with all of our shit.  With all of this going on, I feel like I didn’t write nearly as many jokes this month because if I wasn’t working I was probably passed out.  I had lots of pictures, though, which Facebook has been kind enough to let me know that people enjoy my pictures more than my words because this is 2018 and we’re slowly transitioning away from language as our primary form of communication.  So here are some words and pictures that may or may not be jokes.

6/2
There's a first time for everything. #NoDabbing 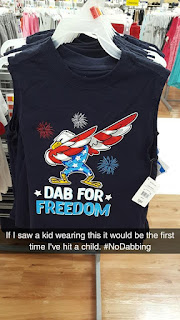 6/5
This morning I remembered that I was supposed to give a coworker a ride to work yesterday. #BetterLateThanNever

6/10
*The kids playing Super Mario Bros. 3*
Henry: "I don't like the guy that throws socks."
Abby: "Those are boomerangs. Weirdo."
To be fair, they do kinda look like tube socks. 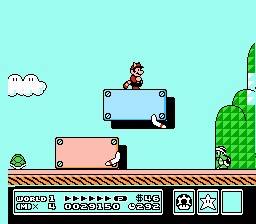 6/14
This shot of me napping with my dad's dog looks like the worst senior picture ever. 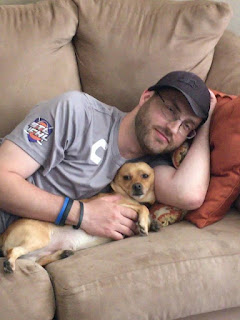 6/15
I called DirecTV to cancel my service, as I won't be using them at the new house. Rep: "Mr. Rick, I see you've been a customer with us since 2011, we want to thank you for your loyalty. How can I help you today?" Me: "Remember when you thanked me for being a loyal customer? You might wanna walk back that statement."

6/15
My conversation with a DirecTV rep about cancelling my service turned into a weird breakup conversation where I was essentially convincing them "it's not you, it's me."
"I'm just going in a different direction right now. I just bought a house and am making changes to my finances. I enjoyed my service, I really did."

6/21
I've seen an increasing number of different Oreo flavors recently and I'm wondering at what point does society discard all other foods and just have a spread of flavored Oreos for Thanksgiving dinner? 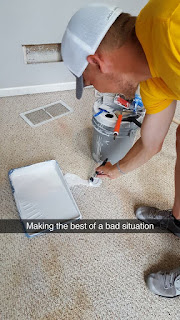 6/22
Breakfast is the most important meal of the day. 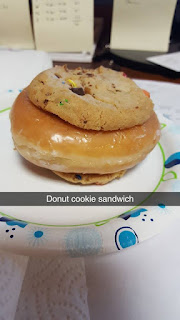 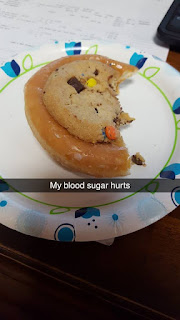 6/28
Finished making tacos for dinner right as the power went out with tornado sirens blaring in the background. If this is the way I go out, I'd say I did well.

6/28
Update: the tacos were delicious but the tornado chickened out. 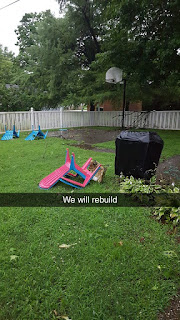 6/29
Because the power was out for several hours last night, I had to use sonar to go to the bathroom. The pee stains all over my living room carpet indicate that I was not successful. 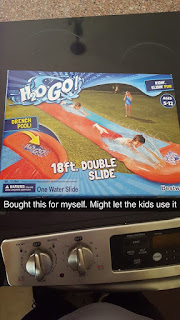 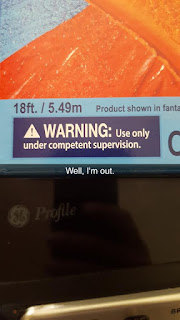 If I don’t write a mess of jokes this month now that we’re settled in to the house, it’s probably because I spent the whole month fucking around on that slip ‘n slide. Assuming that I have competent supervision, of course.