That’s it, the month of December is over and with it that means 2018 is also over.  So with the beginning of 2019 come all the new beginnings of any other arbitrarily assigned date that you may have chosen to celebrate the fact that you’ve made an entire revolution around the sun.  Aside from the fact that in 2019 I’ll be getting married, for most people it’ll probably be pretty similar to every other year.  If you were an asshole in 2018, you’ll be an asshole in 2019.  If you were a sadsack in 2018, you’ll be a sadsack in 2019.  I was hilarious in 2018, so I’m gonna go ahead and be hilarious in 2019 too.  In keeping with that, here are the jokes.

12/2
Not sure if this is fire code or superstition. 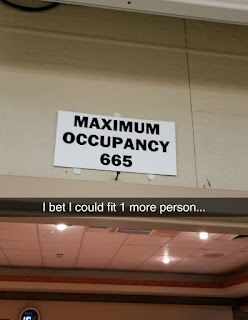 12/3
The kids are putting on a music program at school tonight. The note sent home says suggested attire is "Sunday best" but we usually all hang out in our pajamas on Sundays, so...

12/6
It's great if you have a disco ball as your dining room light fixture. 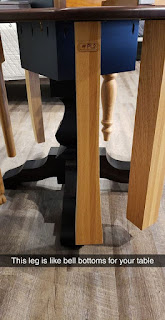 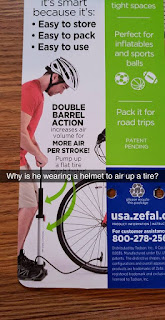 12/8
Band merchandising has gotten out of hand. 12/11
My fiancée and I adopted a dog a couple of days ago. Since he's new to our home, he has had some expected struggles with accidents in the house. And I've learned the valuable lesson that when he is in the midst of an accident you should not panic and shout "NO" or you will startle the pup and cause a tornado of shit (a Shitnado) inside the house.

12/12
So, a couple of radio stations decided to stop playing “Baby, It’s Cold Outside” and a lot of people are very (unreasonably) angry about that because apparently, they are not aware that you can just buy music to listen to whenever you want, regardless of its status on radio playlists. As for me, I support any station/organization/entity that opts not to play that song. In fact, I suggest we take it further and just stop playing all Christmas music. Christmas music sucks. There’s only like 14 songs that have just been re-recorded ad nauseam and then blasted on repeat for a month and a half every year. “Thriller” is a great album. “Appetite for Destruction” is a great album. “Abbey Road” is a great album. And I couldn’t listen to any of those fantastic albums on repeat for that many consecutive days. If you want to listen to a single album’s worth of shitty songs on repeat for 45 days straight, then get some earbuds and go nuts you freaking psychopath.

12/13
Last night my fiancée and I discovered that a jug of bleach in our laundry room closet had been leaking. We had to clean it up, but I’m still confused as to whether it was more clean before or after we did anything.

12/14
I threw up at work today but "My Hero" by the Foo Fighters was playing on the store radio at the time so I felt pretty cool.

12/18
Last night, despite being under the weather, I played one of the best hockey games of my life.
Remember that episode of Friends when Phoebe thinks her sick voice sounds better than her regular voice so she keeps actively trying to catch germs from people in order to stay sick and keep her sick voice? That's me now. 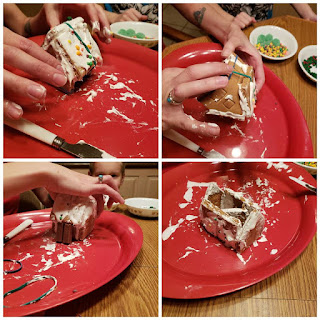 12/25
I have found that the secret to Christmas cheer is starting the day with hot cocoa and Rumchata.

12/25
Santa brought the kids Super Smash Bros. Ultimate this year because apparently he wants dad to lay down a beating on them with Captain Falcon.#ShowYourMoves

12/27
Can't take credit for this one; a friend snapped it to me. But this was hilarious to me. 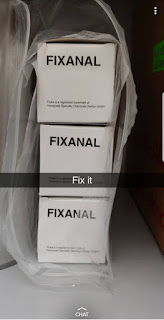 12/27
Since I shared one snap sent to me by a friend, also gonna share this picture my fiancée sent me ages ago that I find hilarious as well. 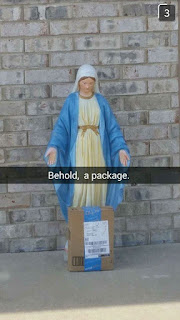 So there you have it, the last jokes of the previous year.  Looking forward I plan on continuing to do exactly the same shit as I’ve always done.  I’ll even have a new article posted this month because I want to start off on the right foot before massively disappointing everyone.  Stay tuned.