I hate to find myself repeating the same talking points that are already tired on the rest of the internet, but holy hell January felt like another one of those long ass months that we got accustomed to in 2020.  I actually legitimately forgot that I shaved off my beard at the beginning of this month until I started this round up because that felt so long ago.  There weren’t a whole lot of surprises this month (you know aside from that whole attempted coup at the Capitol thing) as I stuck with some tried and true favorites such as poop jokes, video call backgrounds, poor eating habits, and accidentally calling my kid an asshole.  So let’s dive into these jokes.

Kahla: "What do you want on your cheeseburger?"

Apparently my daughter is just now figuring out that the "meat thing" on a burger is the actual burger.

That's it, I'm not eating anything for the rest of the day. 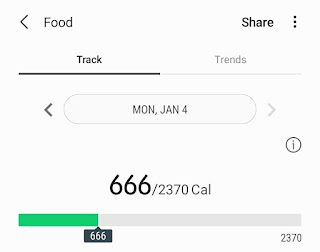 The kids have been really into portmanteaus lately (which I will take credit for).

This morning they decided that instead of the hyphenated last name Thornton-Rick, my wife should go by the name Kahla Thick. So I will absolutely be calling her that from now on.

Sometimes you wanna go where everybody knows your name.

Obviously, I am not at risk of COVID because I am the only one in this bar. Makes it tough to get a drink though. 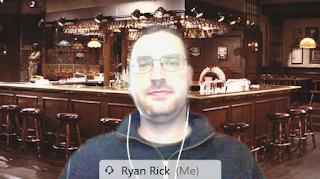 Because an unwritten rule of shaving is that you have to do stupid shit with your facial hair as you're getting rid of it... 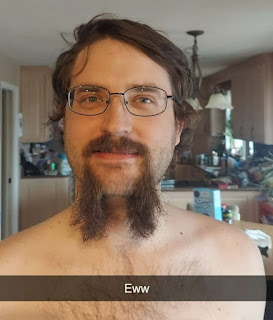 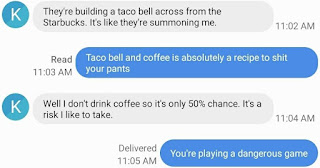 Today I am not having a great day.

I am not familiar with that breed of guinea pig.

So no one told you life was gonna be this way. 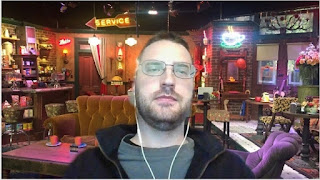 To be honest, every time I see someone make one of those "I just cleaned out my friends list" posts, I am immediately disappointed that I made the cut.

I'm really hating all the people from the Capitol riot using the excuse that they "got caught up in the moment." Booking accommodations to travel across country and making sure to wear your custom made "MAGA Civil War" hoodie as you riot against the democratic process of a free and fair election is not getting caught up in the moment.

Getting caught up in the moment is the reason why I lost the deposit on my tux because I did a powerslide across the dance floor when the music at the reception got me too amped.

I saw someone complaining online about self checkouts at stores and saying that if there aren't cashiers available for them at checkout they abandon their cart and leave the store.

Honestly, these are the exact kinds of people who should be required to use self checkout just so no other human has the displeasure of being forced to interact with them.

Playing Rocket League with my buddy Kyle and my son when we accidentally got an own-goal that I thought Kyle knocked in.

Kyle: "I was nowhere near that."

My wife and daughter were painting their nails last night when they asked if they could paint mine. And since I'm a pretty easy-going guy, I'm currently sporting some black fingernail polish.

It's weird because historically I've followed a lot of bands whose members rock this look and I've thought in the past "that looks kinda cool," but seeing it on myself I think, "that does not look cool." Which means I'm the problem. I'm what's uncool about this.

I don't know what the hell my kids were doing up at 7:30 on a day off school, but it sounded like they were reenacting one of those door chase scenes from Scooby Doo. 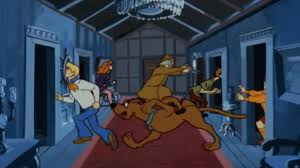 In my defense, there was a nice dusting of snow on the table last night and I'm very immature. 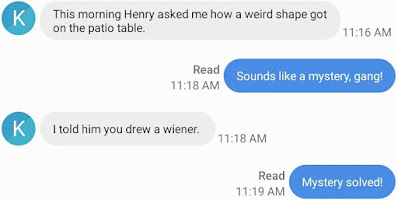 I watch so much hockey that for a split second during the inauguration I was ready for them to sing the Canadian anthem after Lady Gaga finished up the Star Spangled Banner.

I keep looking around the house for snacks, but if I'm being honest what I really want to eat is a whole rotisserie chicken

Surely there's someone who can relate.

I gave someone a 24-hour mute in one of the groups I moderate because they were acting like a child. I got this message from them. It's okay to step away from the internet sometimes, people. Geez. 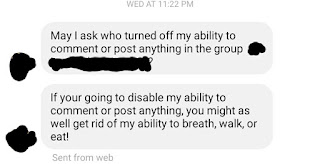 In the song "Jumpin, Jumpin" by Destiny's Child, if all the ladies leave their men at home so they can go to the club and all the fellas leave their girls with their friends so they can go to the club, won't everybody just run into their significant others at the club? Is this supposed to be a convoluted date night? Or is it (improbably) going to turn out like "Escape (The Piña Colada Song)" where they unintentionally cross paths and realize they actually do care about each other?

And why has this been bothering me for 20 years now?

I don't know why people are upset about Keystone XL being canceled. Keystone is an absolutely garbage beer, there's no way I'd want that upsized to an extra large. Talk to me when there are plans for a Guinness XL.

As a (mostly) responsible adult now, I'm always torn between "my god, I can't believe how much money I used to spend on getting wasted and eating out places. I should have saved more money" and "my god, I should have gotten drunk and enjoyed more nights out before my metabolism quit and I started getting hangovers."

Laying awake in bed last night, I came to the conclusion that Legally Blonde is kind of a spiritual successor or reimagining of My Cousin Vinny.

I'm not an everyday coffee drinker but I was really dragging this morning and decided to make some for myself. This has really just added another layer of difficulty to my day though, as I now have to plan my coffee-drinking around the meetings on my schedule...for reasons.

All of my players in D&D make custom minis for their characters and as Dungeon Master I didn't want to be left out. 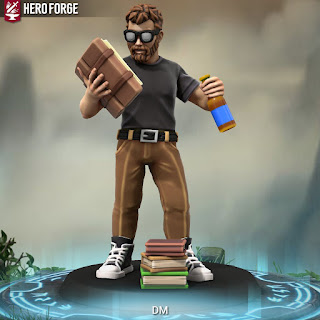 This morning I ate breakfast AND a meal replacement bar. I guess the meal I was replacing was second breakfast.

I saw some guy on a political post commenting all sorts of easily debunked political and historical "fun facts." Wondering what this guy's deal was, I checked his profile to see that all of his job history was just various positions within the Libertarian Party of Illinois and thought, "well, that makes sense."

I personally love listening to music in the evening while I cook dinner, wash dishes, etc. but my dog seems concerned as to when I'm going to stop dancing around the kitchen with his bowl and just give him his fucking food.

I've been keeping up with the news and thought it would be fun to get involved in this market action that everyone's been buzzing about. Unfortunately, due to a typo I ended up buying $100 worth of socks.

Went hard on this cheat meal today. If anyone needs me, I'll be in a coma.

Okay, I do have to sign off that I managed to write 30 jokes in 31 days this month, which I’m going to assume is a personal best for me because I cannot imagine myself having ever previously done something that impressive, however, I only get credit for writing jokes, not necessarily writing funny ones.  I’ll work on that.  The fun thing about this is that I’ve started this year on a high note and you, dear reader, have 11 more months this year to be disappointed in me.  Don’t worry, I’m sure we’ll be disappointed together.