February is over, which means we are nearing the end of the shittiest half of the year in fall and winter.  I say this, of course, as we are in the early stages of the next potential world war in which spring could feasibly be replaced with nuclear winter, so that’s fun.  I’m just going to keep writing jokes because what the hell else are you gonna do, right?  And because society itself is a walking punchline, as Ukrainians fight to keep their country from Russian invaders currently, here in America we have a bunch of man-children driving across country because they’re mad about being asked to do the bare minimum to stop the spread of a worldwide pandemic.  We are absolutely living in the dumbest timeline.  So here are some jokes.

Having a bit of a rough morning today, I powered through several cups of coffee. I ended up putting more caffeine in my body in an hour than I typically have in a day. And suddenly I understand that episode of Saved By The Bell when Jessie was abusing those caffeine pills.

I hope nobody farts in this elevator. 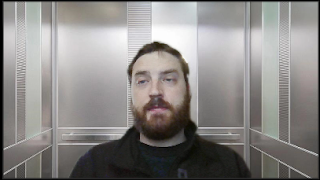 My wife is having surgery this week and to avoid any rescheduling of it due to COVID I did not attend the annual hot wing festival that is essentially a religious holiday for me. Pretty sure that means I don't have to do anything for her for Valentine's Day because there's not really anything more romantic or meaningful that I can do that tops skipping wings for her.

I told my wife that while she's getting surgery this morning I'm gonna go find a bar and she can just come be my DD once the procedure is done. #Romantic

I have been telling my wife for years that she snores like a freight train. While going over her medical history today the question came up of "do you snore loudly" and I finally had to come clean that I'd made it up just to tease her. After the glare she gave me I am pretty sure the nurse is concerned for my safety.

The first thing my wife said after waking up from anesthesia was "I'm hungry, I want tacos" so I guess she's fine.

My daughter just forgot the term "take a chill pill" and instead told me I needed to "take a calm shot." #ShotsShotsShots 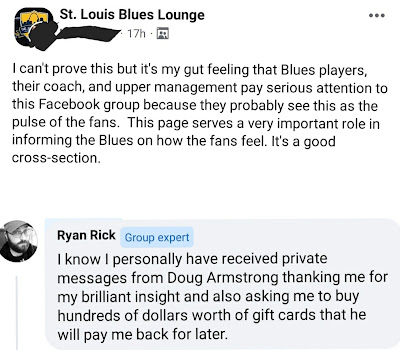 My son has been playing Plague Inc. on his tablet lately. He just infected the entire world with a disease he named "Hot N Tasty."

Who wore it better? 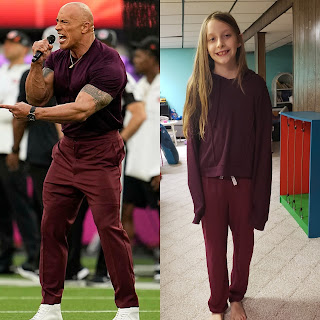 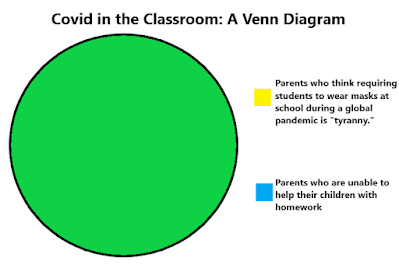 I don't want to dress like Johnny Weir but I would love that level of confidence in my wardrobe because far too often have I put on pants and shirt, looked in the mirror and thought something to the effect of, "I don't know if this is too much blue. And are my shoes too big for my pants?"

My wife and kids all have the day off from work/school for President's Day.

Me: "Geez, you all are so lucky. Enjoy your day off while I spend the day working."

Daughter: "Oh no, you have to stay in the basement wearing your pajamas. So terrible."

Looks like somebody's gonna be scrubbing the kitchen tiles with a toothbrush today.

All I'm saying is that this stuff with Russia is messed up and I'm going to be really mad if the world gets nuked before I get to see Dr. Strange in the Multiverse of Madness.

I'm not being dramatic. This is serious. 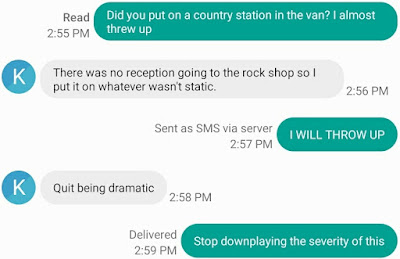 I am turning into Pavlov's Dog. I don't even have to actually drink the coffee anymore, just pour myself a cup of it and I immediately have to use the bathroom.

I caught my daughter laying on the couch humming "99 Red Balloons" and I've never felt more successful as a parent than I do right now.

There's been some people in my local community page asking where they can go to watch the so-called "Freedom Convoy" pass by and that is so weird to me because I have never once thought to myself "I would really like to go see some children throwing a tantrum."

One fun thing about that last joke is that, like clockwork, it brought my very own troll back out of the woodwork.  See, I wrote a joke back in October that apparently he didn’t like and since then he shows up to comment on any vaguely political joke that I write.  I like to think that I’m pretty self aware; I write these jokes as a hobby and for a pretty miniscule audience, so I truly can’t think of much that is more pathetic than someone spending 4 months (and counting) of their life hate-following my page.  Fucking big yikes for that dude.  On the bright side, because of the way Facebook algorithms work, he’s actually increasing my page reach, so thanks I guess?