March is over and I end the month older than when I started it.  I’m only slightly embarrassed to admit that I lost a good chunk of this month to being hungover.  That’s not to see that I spent the month getting drunk, the hangovers apparently just last so much longer these days.  I am going to go ahead and blame those hangovers.  You can see from the jokes that at least my wife and I have begun to prepare for our bodies to be unable to party like they used to.  In addition to questioning my body’s fortitude in the face of food and drink, this month also saw my manhood and my hockey skills being questioned so really it’s just a model of consistency in my well-established deprecating humor.  And now the jokes.

Describing the unhinged section of the American political spectrum using the NFL. Works out surprisingly well. 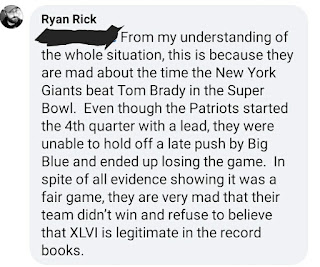 Had a random guy in a comments section tell me I need to be more manly because I used a reaction gif with a *gasp* woman in it.

Cannot imagine how much therapy it would take to work through that level of insecurity. Yikes. 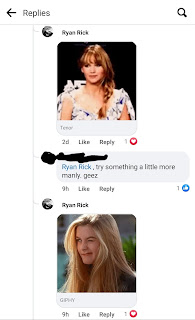 My daughter and I watch a lot of Food Network shows together. Tonight as I was chopping up carrots, celery, and onion for dinner she walked into the room, saw what I was doing and said, "Ooh, making a mirepoix?"

Uncle Bobby & Uncle Guy have a lot of influence here.

I play hockey on Sundays and occasionally have games at 10:30 pm, which means I don't get to bed until around 1 am. Thankfully, I have a very strict routine for dealing with those late games.

-No caffeine after 2pm on game day

-Low music on the drive home

-Lay in bed, pissed off that I can't sleep

I will definitely play a few shifts out there but calling what I do "help" is pretty generous terminology. 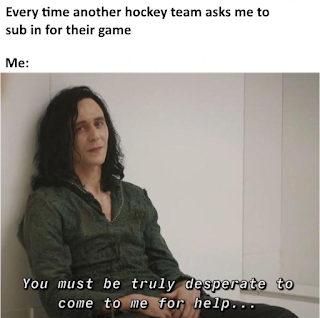 Ameren came out last night and dug up half of our yard due to an underground gas leak at our house.

And for the first and hopefully last time the phrase "underground gas leak" is not a reference to me farting in the basement.

I will never understand how my wife can fall asleep in the living room for an hour or two, then get up, go to bed and fall right asleep like nothing. If I even close my eyes for 5 minutes on the couch my body decides I should stay up til fucking 2 a.m.

Personally, I think steak is perfect when cooked medium rare. But if you're paying for a steak, then you're welcome to have it cooked however you'd like. You can also drop money on a Bentley to use in a demolition derby if that's how you wanna waste your money. 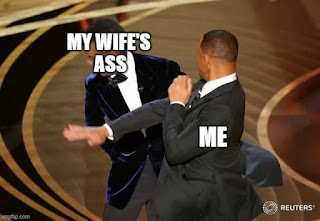 My wife and I have an upcoming 2nd honeymoon planned. In preparation for a whole week without kids at an all-inclusive resort in Mexico, we stopped by the pharmacy to pick up some essentials so we can really let loose and get wild. 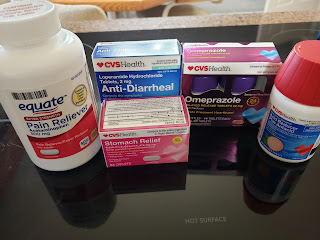 Recently, country music artist Eric Church canceled an upcoming concert so that he can watch an NCAA basketball game and there are apparently a lot of people who are very upset about this. Personally, I support his decision to cancel the show. I would support his decision to cancel more shows. I am in favor of the cancellation of any and all country music concerts. Nobody should have to listen to that.

As mentioned in one of those jokes, I do have an upcoming trip to Mexico planned.  I don’t think it’s TMI (because I’m pretty sure I made a joke about it when it happened) but last time my wife and I went I had to go to the doctor for pooping too much when we got back stateside, so fingers crossed that either those meds work out or I am blessed with some really inspired poop jokes next month.