Well, since my last monthly round up, the Blues have both started and ended their playoff run, which was exciting, upsetting, joyful and maddening all in the matter of a couple of weeks.  I also officiated a wedding (aww!), rendered myself unable to currently walk due to injury (oof!), and attempted to make a name for myself in real estate (huh?).  Everything else was just a standard month of poop jokes, me eating too much, and my kids having no chill.  So about those jokes.

5/2
When you get out the potato chips and next thing you know you've eaten the whole bag, that's a snaccident.
5/3
Personally, I feel like the movie Dogma should be a required watch for all politicians and supreme court justices. 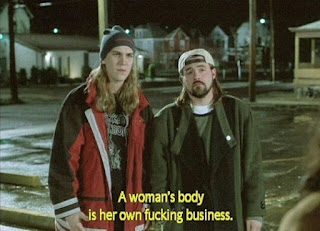 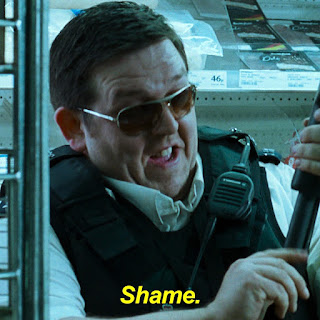 5/12
I would've liked to have seen how people who are angry about self-checkouts now handled life when gas stations did away with attendants and switched to self-service pumps. Just sitting in their cars shouting, "I DON'T WORK HERE!"
5/13
I would like a response on this, Donna. Trying to make some supplemental income selling houses I don't own, since you're offering. 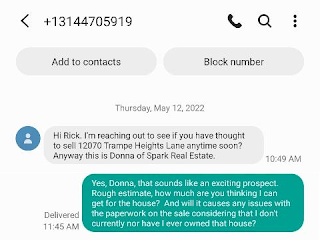 5/21
Thinking for future weddings that I officiate I'll throw in a little Price is Right PSA at the end of it.
"I now pronounce you man and wife, you may kiss the bride. Help control the pet population, get your pet spayed or neutered."
5/24
My wife watches a lot of rock shows on Facebook and that sounds pretty cool until you find out that it's shows where people sell decorative rocks, not shows with rock & roll music.
5/25
My daughter saw some of my spreadsheets on my work computer and asked what I do and how I do it. So I gave her a quick explanation of what I do and how I read one of my Excel reports.
Me: "And I also sometimes teach other people how to read this report so they can use it on their programs."
Abby: "Are you any good at teaching them? Because I still don't know how to do it."
5/26
This past Saturday I officiated a friend's wedding. And then Sunday, I ended up with a pretty nasty knee injury in hockey. This week has been spent hobbling around on crutches, meeting with the doctor for tests & xrays to try to find out what exactly I did, and wistfully looking at my friend's wedding photos as I recall what life was like with 2 good legs. 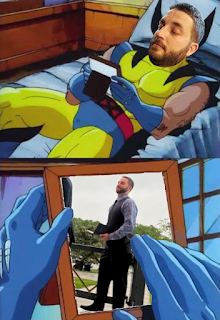 5/29
I was talking hockey in a FB group the other day and some random fan of the other team attempted to trash talk me by saying, "Enjoy the offseason because we're eliminating you tomorrow" which is honestly just stupid as hell. Neither of us is playing in the game. I'm not getting eliminated, he's just a fucking guy who will be watching the game on tv trying to insult another guy who will be watching the game on tv because I cheer for a different sweater than he does. I wonder if that dude gets just as fired up shit-talking people who like a different contestant from him on The Masked Singer.
It is worth mentioning along with the last joke that, as much as I love hockey, I actually do enjoy the offseason due in large part to the fact that I’m pretty normal human being with varied hobbies and interests.  When hockey season is over, that frees up roughly 3 nights of week where I would have been watching hockey that I now can fill with other things that I also like to do.  The world is already a depressing enough place, there’s no need to make myself overly upset over the end of a season of sports.
-Ryan
Posted by Ryan R at 7:00 AM