I think it’s time for a fantastic drunken story about someone other than me, don’t you?  Well, I hope you agree because it’s happening and I would really like you to read it.

This story takes place a few years ago and starts out the morning after a party that I had thrown for my birthday (yes, I threw my own birthday party because there are things wrong with me).    A handful of buddies had spent the night passed out in my apartment, but in the interest of not putting someone’s name all over the internet with an embarrassing story, I’ll be changing some names (see if you can guess which ones!).  So upon waking up the next day Knuckles, Double D, Geoff, Bob and myself were all wandering around my apartment in a hung-over daze.  While most of us were keen to drink water and soda (or basically anything that wasn’t alcohol), Bob was not finished with his partying from the night before.  He went to my fridge, discovered there was still a good number of Jell-O shots left and asked how many he could have for $10.  Being the shrewd businessman that I am, I took the $10 and told him to have at it.  This may have been the wrong decision on my part because within the next hour he had eaten about 20 of them (but hey, $10!).

It was about this time we decided that we needed to feed the hangovers we were suffering from.  I don’t know if we had explicitly decided where we were going or if we just picked a direction and started trudging through the snow, but we ended up at the Mexican restaurant in town.  I should mention a couple of things here.  First off, we had gotten about a foot and a half of snow the night before, so instead of trying to drive through it we walked the few blocks to the restaurant.  Secondly, it was only about 1 PM at this point.  And third, the Jell-O shots were starting to hit Bob on the walk as he got more and more animated and less coherent.  By the time we were seated, the cumulative effect of the shots was hitting Bob like a brick wall.  This was not a deterrent for us.

Once seated, Geoff and Double D decided it would be hilarious to convince Bob that he should order a 64oz margarita (to be fair, it was pretty hilarious).   Then, Bob could not remember if he had ordered his food or not (he hadn’t), but we told him that he had already eaten it.  The confusion over whether or not he had actually eaten nearly caused Bob to have an existential crisis, luckily for him the server came around to take our orders and put to rest his doubts.   Food was ordered and Bob clumsily sipped on his margarita, dumping a good portion of it on the table in the process.   We were amused, the restaurant staff not so much.  By the time the food was brought, about a third of Bob’s margarita was either in his stomach or on the table and his eyes were no longer open.  Almost as soon as the waitress walked away after setting down our plates, Bob face-planted into his refried beans.  We turned his head to make sure he could breath and we continued eating (we're all good friends).

Bob’s slumber atop his pillow of beans didn’t last long.  A few minutes after he passed out, as the rest of us were happily pigging out, he sat straight upright with a look of terror on his face.  “Bob, are you alright?”  He furiously shook his head no and started to shamble his way out of the booth.  I jumped to my feet and grabbed his arm as he moved towards the bathroom doing what can best be described as an action roll.  On the way to the bathroom our waitress ran up to me with a look of concern, asking if everything was alright.  I assured her that this entirely normal situation was completely under control and continued moving through the restaurant with Bob alternating between walking and swimming.

The bathroom was (appropriately) where the situation turned into a real mess.  Bob barged into the stall only to flop down into the corner and propped himself up against the wall, where he began to just make faces at me.  This continued for a few minutes before he groggily declared that he had to pee, stood up, unzipped his pants and started pissing into the corner next to the toilet.  I grabbed his shoulders and tried to pivot his body towards the toilet, but he just kept turning right past until he was peeing in the corner on the other side of the toilet.  I then decided that it would be in everyone’s best interest if I just held his shoulders and aimed him towards the toilet bowl until he was done.    With his bladder empty, he now proceeded to struggle in his endeavor to put away his dick and zip up his pants.  I’m not that good of a friend.  I turned away and let him struggle with that until he finally accomplished it on his own.  Perhaps all of the excitement had worn him out, because he walked out of the stall, leaned against the bathroom wall and let gravity take its course as he slid further and further down the wall until he hit the tile floor and passed out.   On the floor. In a Mexican bathroom.

As I’m standing there in the bathroom wondering what the hell I’m going to do with this drunken pile of man, Geoff walks into the bathroom to check on things.  There was no containing his laughter at the sight of Bob passed out on the floor.  But I enlist his help to go back to our table and get all the food boxed up so we can get the hell out of there.  I also have him send in Double D to help me carry Bob out of there.  There is seemingly nothing in the world that is waking Bob up.  We shake him, shout at him, Double D at one point sits on top of him and bounces (that part was especially weird) and I try splashing water on his face.  None of this works.  Eventually, we just each grab an arm and lift him up, resigned to the fact that we’re just going to have to carry him out of there.  That’s when Bob wakes up, looks around and asks “Why am I in a bathroom?”   There’s no time to explain this, we drag him out of the bathroom and out of the restaurant into the snow.

Knuckles and Geoff joined us outside after grabbing all the food off the table, paying our tabs and making nice with the appalled restaurant staff.   Remember the foot and a half of snow that I mentioned earlier?  It’s really fucking difficult to drag your barely functioning friend through that much snow.   We looked like a deleted scene from Weekend At Bernie’s (how’s that for a reference?). 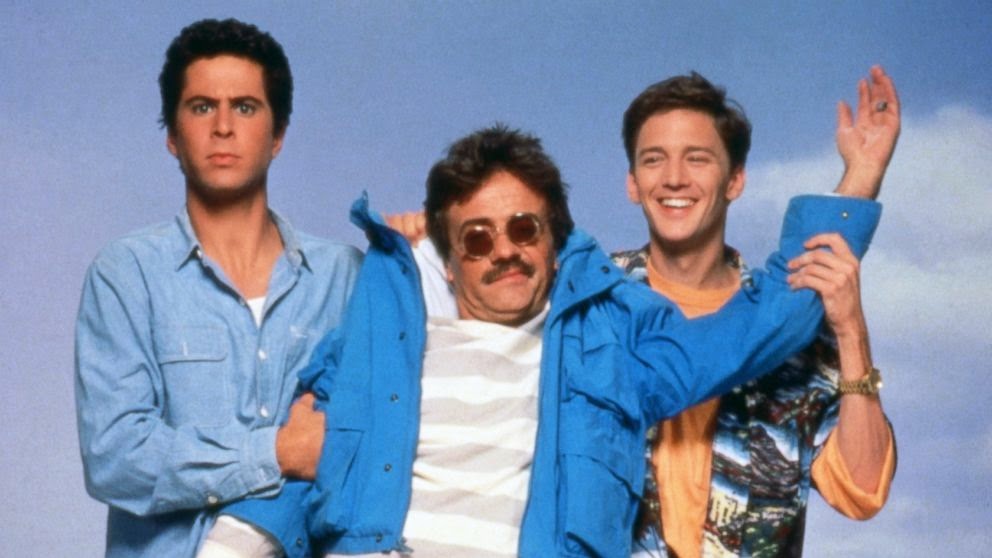 This is pretty spot-on.

As we were dragging Bob back to my apartment through the snow, he suddenly had a moment of clarity, and the short exchange that happened will forever be burned into my memory.