If there’s one thing to take away from this past month’s Joke Round-Up, it’s that I got pretty comfortable using hashtags.  Also, that I get very judgmental of other people who are out at the bar.  And Knuckles is still being Knuckles. Enjoy!

6/1
I got to work this morning and somebody brought in a sheet cake. Looks like today is not the day I commit to a healthy lifestyle.

6/1
Whenever a girl gives me her phone number I like to play a little game called "Fake Number or Just Ignoring Me?" Interestingly, no matter what I pick, I do not win this game.

6/2
My liquor cabinet has gotten too full, forcing me to finish off some bottles to free up space. I'm drinking because I have to, not because I want to.

6/3
One of the most important things I've learned in life is that you shouldn't try too hard to impress anyone. They'll be disappointed in you anyway.

6/3
Everybody is arguing about what does and doesn't make someone a hero. Meanwhile, I've tied my bedsheet around my neck like a cape and am running through my apartment making "whoosh" noises. ‪#‎DareToDream

6/4
Sometimes in life you find someone who, no matter what you do, you can’t stop thinking about. Every song, movie, food etc. reminds you of them. It makes a lobotomy seem like a good idea.

6/5
I just saw an absolutely gorgeous girl walk into a fireworks store. I wanted to go talk to her but was worried that if there were any sparks between us the whole store would ignite.
Just kidding. I'm a dud

6/7
I got a pizza for dinner and while walking back to my apartment a large gust of wind blew the box out of my hand and threw my pizza all over the parking lot.
Pretty sure I didn't ask for your opinion on my eating habits, Mother Nature.

6/7
Sam's Pizza and Pub Inc. made me a replacement pizza for the one I dropped in their parking lot. This one safely made it home. I felt a small sense of triumph as I walked back across the parking lot and stepped over the pile of shame that was my previous pizza.

6/10
Me: "I found him passed out in his room with Cheetos all over the floor."
‪#‎Knuckles: "Hey, if I wanna party all night I'm gonna fucking party all night."

6/11
If you can listen to Wiz Khalifa's "See You Again" and not feel sad about Paul Walker, then you are a stronger person than I am. ‪#‎RyanFeelsHisFeelings

6/11
For lunch today I sat in my apartment and ate a hot dog and a bag of popcorn in the dark. I feel like this means my life went horribly off track at some point.

6/12
I walked to work this morning. Then I ate a donut. Life is all about balance.

6/13
I had to crawl through my bathroom window to get ready for work this morning because ‪#‎Knuckles had locked the bathroom door and passed out on the floor in there.
When I woke him up he got an attitude and tried to argue, "I wasn't fucking passed out." I would say the fact that I found him laying pantless on the bathmat after banging on the door for 10 minutes is pretty solid evidence of being passed out.
I really wish this was a joke.

6/15
I'm sitting in a bar in St. Louis. Blackhawks jerseys everywhere and people going crazy for Chicago. I'm suddenly very unsure of what city I'm actually in and kinda want to vomit. Maybe if I click my heels together 3 times I'll end up back home.

6/16
There's all this talk about the Astros getting hacked, but the most disappointing thing for me is that I haven't seen a single article titled "Cardinal Sin."

6/19
Waitress: "I get really nervous that I'm going to bump into something whenever I back up."
Me: "Maybe you should make a beeping sound like a truck whenever you're going backwards....and now I have to explain to you that I was just making a joke and I don't think you're fat because I'm worried you think I'm an asshole now. I don't think you're fat. Please don't spit in my food." 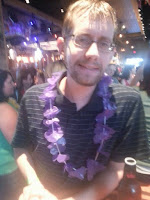 6/20
#‎Knuckles has let the fact that he's trending go to his head. He spends half his time being pissed at me for making posts about him and the other half pissed off that he didn't get enough "likes."

6/20
Just saw a guy with a popped collar. Gotta leave the bar, I'm obviously not cool enough to be here.

6/20
This guy has 2 pairs of glasses and he's not wearing either one properly. Nobody is going to tell him how to live his life; fuck society's rules! ‪#‎Rebel 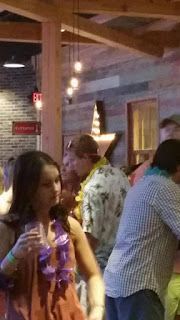 6/22
I typically don't share these things, but this hit a little too close to home... 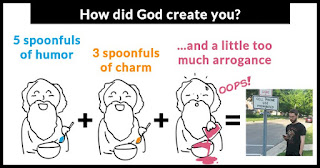 6/24
I talked to a lady who seemed extremely surprised when I said that leather is cow's skin. I'm not sure where she thought leather came from before that moment (possibly leather trees?), but I'm pretty sure I turned her world upside down.

6/25
Once, when I was in 3rd grade, two girls on my bus were trying to make fun of me by repeatedly chanting "Ryan, he's a lion. Rick, he's a tick." And really, there are a lot worse things they could have called me that still rhymed with my name. On the other hand, I still vividly remember it 20 years later, so I think that means they won.  ‪#‎ThrowbackThursday?

6/26
Got to my seats at the ballpark. There's puke everywhere. Pretty sure I counted at least 3 whole hot dogs in this pile of vomit. I've never been less hungry.

6/27
It's not even fair that this twerking contest is only for women because I can shake my ass better than all these ladies combined.

6/29
Yesterday I thought a 12 pack of tacos from Taco Bell was a great idea. Looking back on that decision, I don't think I have ever been less sure of my ability to care for myself as a responsible adult.

6/30
So, with the bomb threat at Highland Wal-Mart last night, I think it's safe to say that terrorists hate everyday low prices.