Another month of our lives has come and gone and you’re still here wasting your life,
reading my blog (thank you!).   So here’s the recap of all the jokes that I wrote this past month.

11/1/2013
Life is like a box of chocolates, but half of the chocolates are filled with shit.

11/1
I need to find a Chinese restaurant that will sell me wonton soup by the barrel.

11/1
Nobody can dull my shine today because I'm still covered in glitter from last night. ‪#‎SeeWhatIDidThere

11/2
Got this sweet head wound going on today. Don't remember how it happened but I bet it was fun. 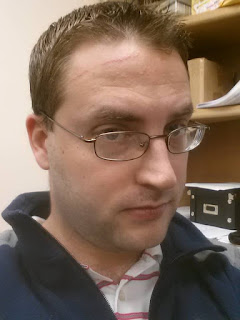 11/3/2010
Is it appropriate for me to climb on top of the freezer cases at work to sing along when Michael Bublé is played on the store radio? No...but that doesn't really bother me.

11/3
In light of election season, which is tragically already upon us, I'm going to take a hardline stance: I think bad things are bad and good things are good. There should be less bad things and more good things. ‪#‎GodBlessAmerica

11/3
The past few mornings I have absentmindedly shampooed my face in the shower because I am not smart enough to remember that I do not have my beard right now. I'm a man of routine.

11/4/2014
One thing I enjoy about the internet is how I can start off reading a biography of Edgar Allan Poe and end up reading an episode guide for "That's So Raven."

11/4
Sometimes when I'm feeling bad about myself I go to the Facebook pages of my attractive female friends and read the disgusting/embarrassing comments left on their pictures by thirsty guys; then I feel thankful that I'm not that pathetic.

11/5
I've written a lot of jokes about relationships/single life the past couple of days, and now I have to space out posting them all over the next few weeks so that people don't think I'm sad and bitter.

11/6
I think the only appropriate time to play Christmas music is on December 24th & 25th.

11/6
Seriously though, why aren't there more songs to get people in the Thanksgiving spirit? With heartwarming lyrics about eating yourself into a coma, unapologetically drunk family members, and constantly being asked when you're going to get married/have kids/get your shit together.

11/7/2014
I went to an all-you-can-eat soup & salad buffet last night. I think that's a great way to make 7 trips through a buffet line without feeling like a fatass.

11/8/2014
I try to maintain healthy eating habits but I also have a tendency to treat my diet like my cell phone plan: free nights and weekends.

11/8
Unfortunately, it would appear that Walgreens does not carry 55-gallon drums of Tylenol.

11/8/2014
When I type "I'm an" into my phone the 3 suggestions it offers for the next word are "expert", "asshole" and "adult."
This phone understands me better than most people.

11/8
Went to dinner with Kyle & Amy. I ordered as much food as both of them combined. I should probably be more embarrassed about this.

11/9
Saw an article titled "6 Tricks for Saving on Holiday Travel." That's a waste of an article. I have 1 tip for saving on holiday travel: Don't

11/9
Don't mind me, just waging my own little ‪#‎WarOnChristmas apparently. 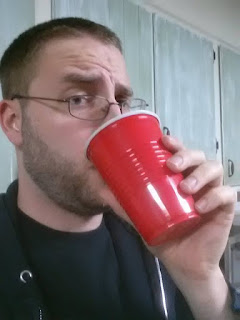 11/10
‪#‎Knuckles told me this morning that I'm the reason he's late for work every day. Apparently, I get out of the bathroom too late and he cannot possibly get ready for work in an hour. I suggested that maybe he shouldn't take a 45 minute shower but he quickly shot that idea down with, "No, I like long showers."
I'm just glad that I know how inconsiderate I am now.

11/11/2013
Before work this morning I stopped by the local animal hospital to thank the doctors there for all their hard work. They politely informed me that it is actually Veteran's Day.

11/11
I'm in a Blues hockey discussion group here on Facebook and last night one of the members posted a picture of herself, which inspired me to play a game of "Who Wore It Better?" Pretty sure I ‪#‎NailedIt 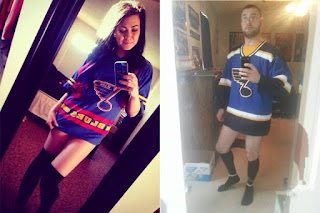 11/12
That picture I posted yesterday has gotten the most response out of anything I've ever done. I've concluded that in order to keep getting these kinds of results, I should start showing a little more leg in my pictures from now on.

11/12
I just made some really awesome dinner for myself. I'm not gonna post a picture or even say what it was though because I think the internet has ruined everyone's ability to use their imagination.

11/13
I like to consider myself an old-fashioned gentleman because I still think it's cool to make mixtapes for your crush.

11/13/2013
I'm going to turn Trivial Pursuit into a drinking game so I can test my knowledge while I destroy my brain cells. 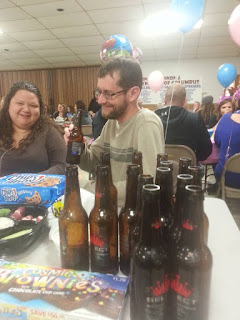 11/15/2013
As I was driving home I saw a big, lifted pickup truck that had iron cross decals on it, extremely loud oversized pipes, and a pair of truck nuts on the hitch. My first thought was, "I have a bigger penis than that guy."

11/15
I bet more women would be interested in me if I wore those sneakers with the light up heels. Those are totally still cool, right?

11/16
I saw a girl post a no make-up picture with a caption imploring all other girls to be comfortable with themselves and to love their natural beauty. It was a great sentiment but she edited the photo with a filter and I'm not a good enough person to just ignore how ridiculous that is.

11/18
I made some bacon for breakfast this morning. It may increase my chance of colon cancer by 18%, but it also increases my chances of enjoying breakfast by 100% so it's really just a numbers game.

11/19
I've been reading through a lot of people's comments in the debate about accepting or refusing Syrian refugees. There was one guy's comment that really stuck out to me because he pointed out that "terrorists will train 6 year-olds to blow us up."
It really helped reaffirm my deep mistrust of 6 year-olds.

11/20
One thing I think a lot of people don't know about me is that I went to nerd camp when I was younger. But, I was the dumb kid there. 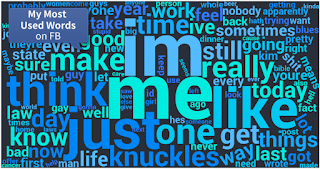 11/20/2014
There are 2 groups of fleet managers at work, each with an operations manager overseeing them. I've spent all day using this set-up to try to recreate West Side Story in the office.
Because "once you're a Jet, you're a Jet all the way."

11/20
To be honest, I can't tell the difference between Chipotle & Qdoba and I'm kinda worried that might be racist.

11/21/2014
I think the world would be a much better place if we solved more of our problems with dance-offs.

11/21
I had a dream that I got broken up with the other night. I handled it much better than I've ever handled a real break up. Still a little hurtful that my subconscious is trying to dump me, though. 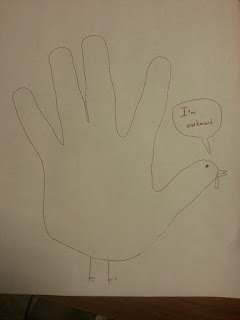 11/23
I'm not saying that I want a girlfriend, but I would like to stop eating alone at restaurants.

11/24/2014
I told my sister that I needed a new pair of Chucks for Christmas. She texted me back "What size chicks do you want?"
Not sure if she was the victim of autocorrect or if my family is planning an extremely awkward Christmas.

11/24
I miss the days when calling something "radical" was a compliment instead of a derogatory term.
Like this guy here. He is totally radical. 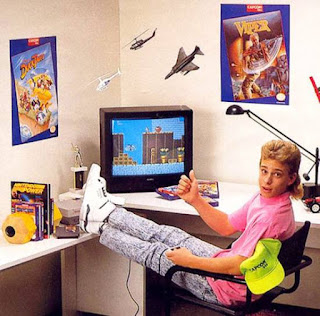 11/25
I was feeling pretty good today so I decided to have Taco Bell for lunch. It should put a stop to that real quick.

11/25
Everybody at the bar keeps complaining about how hot it is in here. They should know that I can't help it.

11/25
I have like a 6th sense for telling when women aren't interested in me. It goes off all the time.

11/26
When you're trying to enjoy Thanksgiving but nobody likes you. 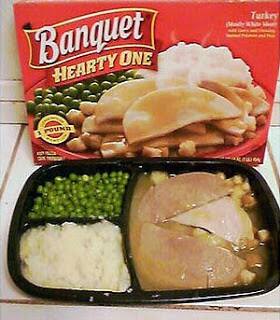 11/26
I'm really glad that I didn't meet any women and get their numbers last night because I broke my phone and that would've made me considerably more disappointed about it. ‪#‎Thankful

11/26
I saw a lot of people out on the road today with their faces buried in their phones while driving and I really think there are a lot easier ways to get out of spending the day with your family than dying in a car accident.

11/27
Sometimes all you can do is sit in your living room listening to Hootie and the Blowfish.

11/28
What I really want for Christmas is for somebody to pay my bills for a couple of months.

11/28/2013
I had a lot of fun out at the bar last night. Except for the part when I was broken up with. It was a little weird because I haven't been dating anyone, I had no idea who the girl was, and she kept calling me Jeff. But I'm still kinda upset that we couldn't work things out.

11/29/2012
Why do guys like beer? Beer never says "Not tonight, I've got a headache." Beer never tells you you're wrong. Beer never turns you down. In fact, when you ask beer if it wants to hang out it says "Hell yeah! I'll bring 29 of my friends." 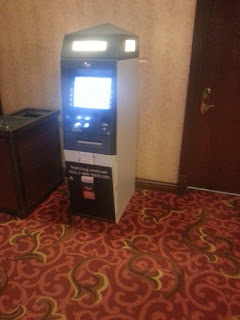 11/29
I'm a big fan of soft rejections. You know, where a woman doesn't outright say she's not interested but instead gently insinuates that you're the worst person she's ever met.

11/30
I just want to give everyone a friendly reminder that today is that last day of this year that you can appropriately listen to "November Rain" by Guns N' Roses. ‪#‎ImportantThings

11/30/2012
I find that the easiest way to be happy is to be completely oblivious to everything that's going on.

11/30
I like to always have a few friends who are assholes so that if I ever start feeling too good about myself they can tell me how much I suck.

I’ve got a few ideas in my head for some posts coming up and as long as my social calendar remains desperately open, I should get those things written and posted soon.  Keep an eye out.