Another month gone by and I (narrowly) managed to get in an actual article in between my monthly joke round ups (and I think it might not suck).  Not sure what my writer’s block is, but I also have 2 half-finished articles in the works that will hopefully see the light of day at some point in my life because I know everyone would be super stoked to read them.  Anyways, here’s some jokes.

8/1
Occasionally, people will accuse me of flirting when I'm really just being polite. Trust me, if I was flirting you'd know it because I'd be saying some of the dumbest shit imaginable.

8/2/2014
Going to the bathroom on a moving vehicle is probably the most adventurous thing I've done lately.

8/2
Had trouble finding the UPS Store today because there was a UPS truck parked in front of the store blocking the sign. I might be an idiot.

8/3
Looking forward to watching the Olympics this year. A bunch of extremely fit people swimming around in disgustingly polluted water sounds like a live action Marvel superhero origin story.

8/4
I think the surest way to tell if a person is an idiot is if they start whining about "freedom of speech" when somebody gets in trouble for saying something dickish.

8/6
"I DON'T TOTALLY UNDERSTAND HOW TO MATCH CLOTHES BUT I KNOW WHAT COLORS ARE SO IT'S ALL GOOD." 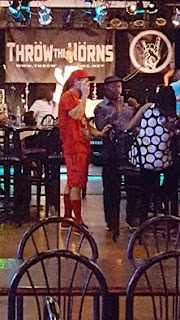 8/8
I think every group of guys has that one friend that they can't take anywhere because he inexplicably thinks every girl is hitting on him.
"Dude, that girl totally wants me. She just smiled at me."
"She's our waitress. She smiles at everyone."
"But didn't you hear her flirting with me? She's totally into me."
"She asked what side you wanted..."
"A side of that booty!"

8/9
Sometimes I will go months without talking to people because they never responded to my last text and I refuse to send them another one. Some say I'm stubborn, I say I'm principled.

8/12
Just spent $20 at Arby's. I have no idea what I'm even doing anymore. Nobody needs this many potato cakes.

8/12
I got passed on the interstate by pickup truck that said "Conservation Police" on the side of it. Guess they're not worried about conserving fuel. #VeryPunny

8/12
I understand why toll roads exist but I still feel like if I'm paying money just to drive on a road there should be like singing animatronics or a laser light show or something.

8/13
I don't want to name names, but somebody just washed his hair with body lotion because all the hotel toiletries look identical and he didn't pay attention to the labels.

8/16/2013
It's funny how the things we love the most can also cause us the most misery. But despite the polarizing relationship, I will never give up hot wings. 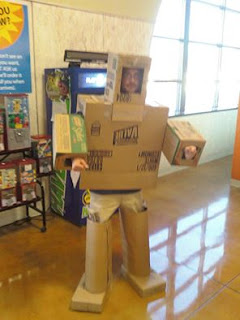 8/16
Kid Rock just looks like a guy that would have constant BO.

8/16
Somebody brought a puppy to the bar and I love dogs as much as anyone but this freeloading pup hasn't even bought a single round.

8/17/2012
I hardly ever eat because I'm hungry. I just get bored and assume that a sandwich will fix that.

8/18/2013
I'm thinking of tagging myself at the gym while posting pictures of food, just so I can combine 2 things that nobody cares about.

8/19
I just really need someone to explain to me how Handball is an Olympic sport. It looks like a game your drunk Uncle thinks up at the family reunion when you have a Nerf soccer ball but everyone is already too drunk and uncoordinated to play soccer.

8/20
Accidentally put powdered sugar in my coffee this morning. Probably not even gonna be the dumbest thing I do today.

8/22/2014
Düdders: "We need to get a radio station to let us have a morning show because I think that would be great."
Me: "That would be good except nobody could see how handsome we are."

8/22/2013
Sometimes people question why so many of my conversations rely on toilet humor/bathroom observations. Well, we may not agree on music, politics or hobbies, but I can guarantee we've both used a bathroom recently. That makes me relatable.

8/22
"I don't think I'd want to see somebody after they'd just performed ass-surgery on me." – J-Bone

8/25/2014
I'm not saying that I'm looking forward to the day-to-day stress of my job causing a heart attack, but I wouldn't mind having some time off to lay in bed watching The Price is Right.

8/26
I typically only post my own creations, but I thought this hit a little close to home.
'7. Ryan: Never texts you back because he’s perpetually on some “comedy tour.”'
Damn...
http://thoughtcatalog.com/katie-mather/2016/08/82-generic-white-guy-names-and-what-it-says-about-their-personality/

8/26/2014
Since it's National Dog Day I was thinking about stopping by the store on my way home and picking up a can of Beefaroni for my roommate. He hasn't peed on the carpet lately so I think he deserves something nice.

8/26
I think everyone has that one insufferably pretentious friend on Facebook. You know, the one that tries so hard to impress everyone with how cultured and enlightened they are but you're really only impressed by the fact that they can type properly with their head so far up their own ass.

8/29
One surefire way to make me feel like an asshole is to wait for me to say "bye" on a phone call, then say something else right as I hang up. It's clearly your fault, but I'm still gonna feel bad; not bad enough to call back and ask what you were trying to say, though.

Obviously, not my strongest month of joke-writing ever.  I think I need more sleep.  Or less sleep and to get out of the house more so that I can observe things to make jokes about.   Back to the drawing board.