It’s that time again where I compile all the jokes I wrote last month.  A little skimpy on the joke-writing this month and that’s likely because I’m just not quite as miserable as usual (we all know, misery makes the best jokes).  That last sentence was a joke, please don’t be concerned for me (or, I guess since I’m supposedly less miserable, please don’t be less concerned for me?).   As you can see, I even got a little political with my joke-writing (some of those were kept on my personal page instead of my LPT page) because current events are great sources of inspiration (and stupid people are everywhere)! Enjoy!

9/1
When someone you're friends with thinks they're being discreetly salty by showing up on your Facebook timeline specifically to "like" any negative arguments made towards you. 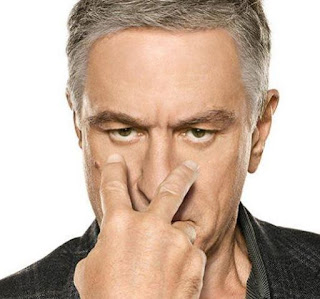 9/7
I always thought, as someone who writes a lot of self-deprecating jokes, that I had a pretty decent understanding of self-esteem issues until the other day when I met a girl who introduced herself as, "I'm Andrea but everyone calls me Assmilk," and I realized that I'm a complete amateur.

9/7
It's sickening to me that politicians only want to talk about terrorists killing Americans when the real threat is clearly hiding in our own bedrooms underneath a duvet cover and decorative pillows.
Also, I'm thinking that armed toddlers should be considered terrorists. #StayWoke 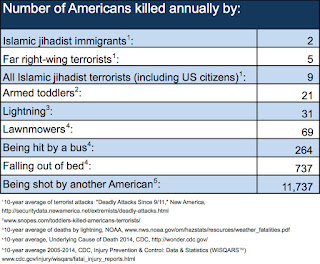 9/8/2013
I've heard the phrase "The floor is so clean you can eat off it" but I really think that depends on what kind of food and what kind of flooring you're talking about.

9/8/2013
Pee in the pool while swimming around and nobody notices. Stand on the side of the pool and pee into it and suddenly everyone is a critic.

9/9
Just when I thought the Internet couldn't get any dumber, I had a guy randomly arguing with me that the formula to find force isn't Force = Mass x Acceleration; as though Newton's 2nd Law isn't both well established and easily searchable.
At a certain point, I have to believe that I'm the problem. Stupid people are just drawn to me like moths to a porch light. 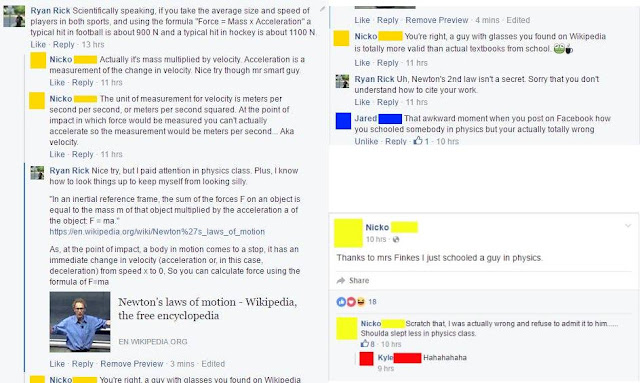 9/10
When your dad makes you go to the baseball game and wear ridiculous matching hats, but all you really wanna do is read Harry Potter. #ParentsJustDontUnderstand 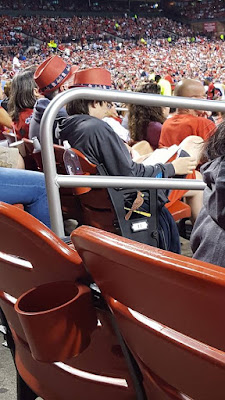 9/12
I got elbowed in the face tonight at hockey. My teammates told me to put a steak on it after the game. Overall, pretty useless advice; the steak smells great but doesn't really feel like its helping and everyone else at Longhorn keeps staring. The baked potato was delicious, though.

9/15
As scientific advances continue to be made in the realms of robotics and artificial intelligence, I think it's important to remember that, in the future, the easiest way to tell the difference between a human and an android will be whether or not they use the word "ducking."

9/16
Look, I'm not saying that he is, but it's something that a lot of people are talking about. And, it's a huge issue that the American people want answers to. An 'extremely credible source' has called me and told me that the documents don't exist because he is, in fact, a festering pile of shit. If he's not, then I think he owes it to us, to the American people, to provide the documentation, because until he does, these questions will remain. It makes you wonder, what is he hiding that he just doesn't show us the certificate?
http://www.theonion.com/graphic/trump-unable-to-produce-certificate-proving-hes-no-20250

9/18
The last time I went to the zoo I remember going to the hippopotamus enclosure and, being crowded in the viewing area, I had a hard time seeing over and around people trying to get a glimpse of the hippo. I spent several minutes peeking around uttering “Where’s the hippo? I can’t see it” to my friends along the way. Finally, I was able to spot a hippo swimming around, which caused me to loudly proclaim, “I see it! I found the hippo!” No sooner than I had said this, a very large woman in front of me turned around and said, “Fuck you, asshole.”
I literally had no idea why this lady was randomly so angry at me until I was walking to the next exhibit and realized that she thought I was calling her a hippo. This lady was at the hippo exhibit at the zoo and assumed that a complete stranger saying that they spotted a hippo was a reference to her weight rather than the hippo exhibit she was currently standing in front of. Pretty sure I was not the asshole in this situation but I kept my mouth shut for the rest of the day at the zoo because I didn’t want to accidentally have a hairy man think I was calling him a bear at another exhibit or anything else equally awkward.

9/20
I ordered a pizza from Dominos earlier to be delivered to this bar and just had a very confused delivery driver call me because I accidentally gave Dominos their own address for delivery.

9/22/2013
I firmly believe that the light bulb was invented so people could stay up all night partying. Because, let's be serious, if you're getting drunk by candlelight somebody's house is about to get burned down.

9/23
I really like the group Earth, Wind and Fire, but I can't help thinking that the band would have been better if they had Water and Heart, too.

9/23/2014
It can be pretty difficult to find foods that are fast, cheap and healthy. Currently looking into the nutritional value of dirt.

9/23/2014
The power has been out at work for nearly 2 hours now. I'm dangerously close to lighting my trash can on fire, tearing the sleeves off my shirt and fashioning a weapon out of office supplies.

9/23
Apparently, Facebook messenger thought it would be a good idea to randomly send a voice message to someone in my contact list while my phone was in my pocket at work today. So, an ex-girlfriend got a minute long recording of me discussing mattress warranties. Maybe she will find it to be useful information.

9/24/2012
I was making a peanut butter and jelly sandwich when I found a whole strawberry in the jelly. I assume this is their answer to chunky peanut butter.

9/24
I like to think that I'm a pretty patient person. But the fact that I spend a considerable portion of my life with a burnt tongue because I couldn't wait for my food to cool tells me otherwise.

9/27/2012
Somebody asked me if I was gay because I said I had roommates. "No. Having roommates means that I'm poor and I have friends that are poor too."

9/27
There are a lot of Trump supporters today claiming that the reasons Trump looked bad in the debate last night range anywhere from Hillary supposedly wearing an ear-piece, to her getting advance notice of the questions, to the (registered Republican) moderator being liberally biased.
Obviously, these people have not heard of Occam's razor. "Among competing hypotheses, the one with the fewest assumptions should be selected." Or, more simply, "when you hear hoofbeats behind you, think horses, not zebras."
The simplest explanation for your candidate looking like an unprepared, unqualified idiot is that he is an unprepared, unqualified idiot.

9/27
I was explaining the Dunning-Kruger effect to a friend the other day:
Me: "Basically, it's when stupid people are so stupid that they are too stupid to understand how stupid they are.
Him: "Wow, that Dunning-Kruger guy must have been a huge dumbass for them to name it after him."

9/28/2013
I think the most disappointing thing about people designing labyrinths in their cornfields is that I never hear them refer to it as a Maize Maze.

9/28
I see a lot of people in this election saying things like "Both candidates suck! They're equally awful!" Honestly, I think that's really stupid. That's like being offered a choice between fried chicken or nuclear waste for dinner and saying, "Well, they're both bad for my diet!"
Yeah, the fried chicken is little dry, it's not your favorite food, it isn't going to help you shed the pounds and get your summer beach body ready, but it's a familiar meal that you've had before and you know it won't do any significant harm to your health that you haven't already done with years of Spaghetti-Os and pizza. The nuclear waste, on the other hand, isn't even real food, nobody is quite sure why the restaurant has it on the menu, it's an unnatural color and it will ruin your fucking life. One is obviously significantly worse than the other.

9/29
There's a current trend on Facebook where people make their status "Anyone who knows me knows that I love _______" and then wait to see what all their friends say.
I refuse to do this because I already know that I'm friends with a bunch of terrible people who will all just comment "dicks" repeatedly.

I actually finished writing an article the other day (surprise!), just need to proof it and post it, so keep an eye out and it should be up soon.