This is an article that I have been considering writing for a while and finally decided that I needed to make it happen because if I don’t write it now, then I won’t have another opportunity to write it for another four years and I don’t even know what the hell I’ll be doing by then (probably the same stupid stuff I’m doing right now, but whatever).   Unless you’ve been living under a rock (and even that’s not a guarantee because you might have Wi-Fi under there), you’re aware that the United States is in the long, miserable marathon known as election season (the only marathon that is actually shittier than running a marathon).  Because I don’t live under a rock (I live on a 2nd floor apartment, which is quite a bit different from the underside of a rock), I’m well aware that there is considerable fervor among the voting populace over the two main candidates, Hillary Clinton and Donald Trump.  And because of this, and also because I’m just a giving person, I thought I would help everyone’s choice be just a bit easier by throwing my hat into the ring.  So, here are 10 Reasons Why Ryan Rick Should Be President:

1)      I Am Absolutely Not Qualified
I know what you’re thinking, “How the hell is not being qualified for the job a good thing and why would you lead off with this, you idiot?”  First and foremost, I think you need to settle down and hear me out before you start calling me names.  Secondly, the fact that I’m well aware of how unqualified I am for the job could make me VERY qualified for the job.   Because I’m so brutally aware of my own shortcomings (not just in politics, in everything), that means that I would be entirely inclined to surround myself with people who actually are qualified.   Rather than having someone in office that grossly overestimates their own intelligence and makes stupid mistakes because of it, you could have someone who knows he’s a dummy and uses this to surround himself with the most capable people for the job.

2)      I Look Great in a Suit
It’s important for the president to look put-together, classy and professional.  Hell, some would even say that he needs to look downright presidential in order to command the kind of respect that the Commander-in-Chief deserves.  You want a guy that can turn some heads on the runway and in the Oval office. 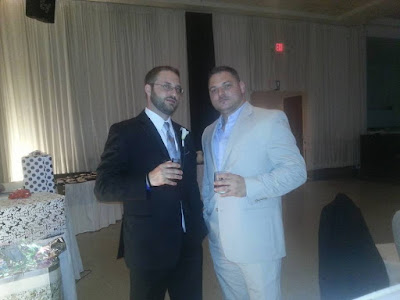 Just me and my Chief of Staff at a gala event

Pretty sure I just made my point.

3)      Jobs
Jobs are a thing that is very important to America and a subject that is very near and dear to my heart.   That is why I can assure you that, as president, I will have the absolute best plan in place to create more jobs in America and keep countries from shipping them overseas.  A lot of people have asked me “Ryan, how can you increase the number of jobs in America?”  And I always tell them that I absolutely will increase jobs and it’s because I know a lot about jobs.  I’ve held a handful of jobs in my life.  Really, I’m the best at jobs.  I haven’t been without a job since I started working.  I’m huge on jobs.  A job expert, most would say.  There’s no better person to be president if you’re talking about jobs.

4)      I Never Delete Emails
If there’s one thing that approximately 50% of America can’t seem to stop talking about, it’s emails.  Maybe they just really like the movie “You’ve Got Mail” (or they’re a huge Meg Ryan fan).  Maybe they’re still waiting to hear back from that Nigerian Prince who was going to give them half of his inheritance.  Whatever the reasoning, it’s definitely been a hot talking point and that is why I want to assure everyone that, not only do I have an email account, but I also don’t delete any of my emails so there is a huge back catalog to look through, should they ever find themselves curious as to how often I receive a totally legitimate offer to gain an extra 3 inches in just weeks.

The fact that both sexy Asian singles and Russian girls are vying for my attention shows I’d have great foreign policy.

5)      I (Mostly) Don’t Say Stupid Shit
This one may take a little more explaining and that’s why I used parentheses in the sub-heading here.  I don’t say offensively stupid or outright false, uneducated bullshit.  When things come out of my mouth, they tend to be both grounded in facts and not overtly offensive to others.  I don’t say untrue or malevolent stupid shit! See, the stupid shit that I say is innocent and adorably stupid, like when I very sincerely ask some girls at the bar if they would like a ride home in a van full of dudes.  It makes me approachable and endears me to others.  And isn’t that a double whammy of qualities that you want in a president; someone who will simultaneously not say incriminatingly ignorant nonsense while also being likeably awkward?

6)      I’ve Seen Dr. Strangelove
I think this is an important point for many reasons.  First and foremost, it is a pretty culturally significant film that has been referenced countless times in other forms of popular media.  And you surely want a president who gets pop culture references.  Just imagine if you had a president who didn’t get those references, he’d look pretty silly sitting around with all the other world leaders as jokes just went right over his head; that would be an embarrassment to our country.  But, probably more importantly, Dr. Strangelove is a great cautionary tale against the use of nuclear weapons, and you definitely want a president who understands the seriousness of nuclear warfare.  Just imagine, a president who didn’t understand the severity of using nukes could just go around nuking other countries all willy-nilly and lead our world into a nuclear apocalypse.  Not me, however, because after watching Dr. Strangelove I am fully aware that nukes are not all super fun cowboy bomb rides, there’s a lot of awful death and destruction that goes along with it.  That gives me perspective. 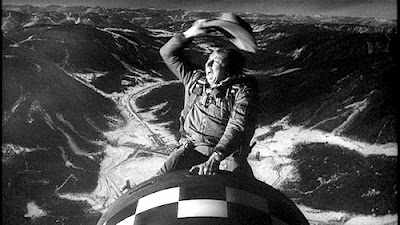 There are some fun bomb rides, though.

7)      I Can’t Be Bought
One of the biggest problems in politics is that there’s too much money in it.  There are so many hands in the cookie jar, lobbying politicians and incentivizing them to draft laws in their favor or turn a blind eye to shady dealings.  Corruption is a real issue.  And that is why I’m a great pick for president: I can’t be bought.  I don’t live an extravagant lifestyle by any means (mostly because I don’t have the money to do so) but I also don’t find myself wanting to, either.   Because there isn’t really anything that I covet and because I am of such strong moral fiber (I’m actually not super principled, I just don’t give enough of a shit about anything to compromise like the 2 values I have), it would be nigh impossible to corrupt me with promises of personal gain (unless someone is still going to promise to let me be the next host of The Daily Show, I’m still in for that). 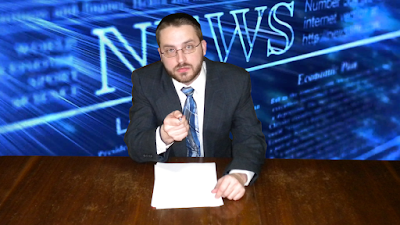 Another job where it’s important to look great in a suit.

8)      I’m Not Old Enough to Run for President
Here in the United States, a person is required to be at least 35 years old to be president.  You might think that would disqualify me from being the next president as I’m only 29, but one of the great things about America is that we have a democracy and we’ve changed the rules before, such as when women were given the right to vote or when presidential term limits were set, so this is totally not even a deal breaker.  In fact, I even think it’s a positive for me (which is why I put it on this list, duh) because it has been well-observed that the day to day stress of being president has a way of making the Commander in Chief age considerably during their time in office. 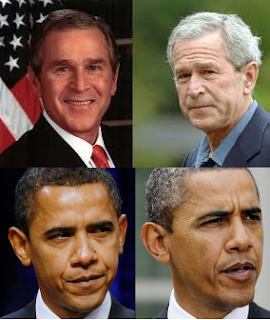 These poor, stressed out dudes.

Since I’m younger than the required age limit for presidency, I’ll go into office looking young and fresh faced and then age gracefully into a distinguished and responsible looking adult.  And the American people win because I’ll look vibrant, capable and totally handsome the whole time. 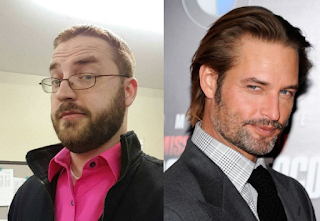 Artist’s approximation of how I will age while in office.

9)      People Skills
It’s incredibly important for a president to have good people skills; he is, after all, America’s representative to the rest of the world.  You’re gonna want somebody with charm, charisma and an ability to think on his feet and say the right thing in sometimes tense situations with other very important people.  That’s where I come in.  I’m a guy that can speak off the cuff and win people over, whether it is by handing out Kohl’s Cash to strippers, negotiating a tense situation between a police officer and my Uber driver in a McDonald’s parking lot, or just helping out a buddy in thebathroom.  I’m a guy you want around to help handle those situations because I have the necessary people skills to explain why the Prime Minister of the UK is hiding behind the bar wearing a sombrero.

10)   I Will Make America Awesomer
Lastly, and probably most importantly, I promise to make America Awesomer.  I’m not going to sit here and tell you that America isn’t great.  America is great already.  We all know that, despite some issues, America is a pretty fucking sweet place to be.  America is, in fact, awesome.  But, what if it were even more awesome?  Think about some cool things we've got going on in America.  Now imagine if things were even cooler.  That’s the dream I’m committing to and the promise I’m making to all voters: that I will make America Awesomer.  I want more good things and less bad things for the American people and I’m the guy to make it happen because I said so; you can absolutely quote me on that.  In fact, we’re gonna turn it into a hashtag, too.  #MakeAmericaAwesomer

Unfortunately, I think I may be starting my campaign just a bit too late to make my way onto the ballots or even into the presidential debates, which sucks because I would totally kick ass at the debates and everyone would be really impressed by all the stuff I know.  Instead, I’ll just have to rely on the power of the American people to make this dream happen.  So, this November, when you’re at your polling place and thinking long and hard (haha, long and hard) about who you’re going to cast that vote for, if you really want to do your part to make America awesomer, you should go ahead and write in Ryan Rick.  Because why not? 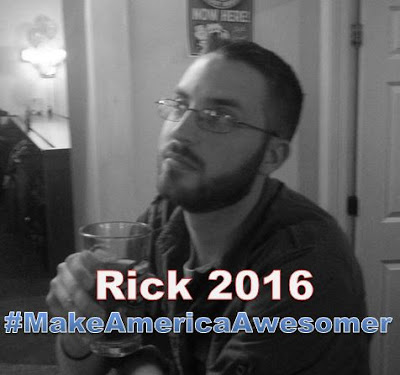