So, November fucking sucked.  Obviously, as you are probably already aware, I did not win the presidency, instead I was just narrowly edged out by about 60 million votes.  I suffered some pretty notable depression as the reality set in that my dream of being Commander in Chief would be set back by at least another 4 years, assuming that we still vote for presidents in 2020 and don’t just have a battle royale for the position.  Anyways, here’s some jokes.

11/2
After letting up 5 goals last night, St. Louis Blues' General Manager Doug Armstrong has made a call to the only person who can solve the their goal-line security issue. 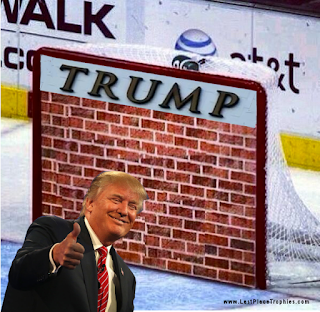 11/10
If you ever served on your high school student council, then you officially have more political experience than the next president of the United States.

11/15
I've seen a lot of people posting their pictures of the Super Moon from the other night, so I figured I'd share mine.

11/15
Air fresheners never really get rid of bad smells, they just partner with them to make complex odors. For instance, "Fresh Linen" scent usually just makes the bathroom smell like "Turd Wrapped in a Dryer Sheet."

11/16
When you see someone making passive-aggressive FB statuses about you.

11/22
So the new NHL expansion team is going to be the Las Vegas Golden Knights. This kind of puts a damper on my dream of the Blue Jackets eventually changing their team name to The Knights and becoming The Knights of Columbus.

11/25
Came in to work this morning to find this bird waiting at the door for our Black Friday sale. 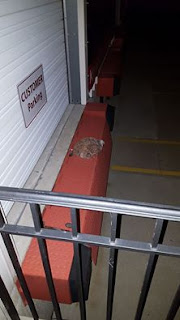 11/25
Just watched this chicken cross the road. No word yet on why he did it. 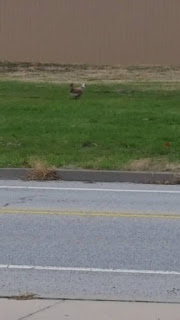 11/28
"I think when a customer walks out of a sex shop, instead of 'have a nice day' the staff should tell them 'go fuck yourself.'" – J-Bone

11/28
One of the reasons that I prefer dogs is that they always seem remorseful when they have accidents. Cats just stare at you condescendingly like you're the one who shit on the floor.

11/30
Shout-out to Microsoft for sending Duracells with my Xbox One controller instead of some generic battery. It's the little things that show you really care.#SeasonOfGiving