Hey, I made it through a whole ‘nother year and I wrote noticeably fewer articles in 2016 than in did in 2015, which I think is part of the reason why so many people think 2016 was a shit year.  For that, I apologize and I resolve to do better in 2017 (I also resolved to go to the gym more, but we all know how resolutions go).  Seriously though, I have an ever growing list of articles/stories that I still need to write but have found myself short on time and motivation to do anything but write this list full of jokes that I have compiled for you here.  That should change soon as I’ve already burned through over half of my hockey tickets for the season so far and any day now the reality of how much I spent on Christmas will hit me and I’ll turn into a hermit.  Anyways, here’s some jokes.

12/1
I think I'm going to make a cover-cover band. We will only play covers of songs that someone else has already covered.
"Here's a song you may know from Guns N' Roses; Knockin' on Heaven's Door."
"This little ditty you may recall as a big hit from Smash Mouth; I'm a Believer."
"Up next, a song made famous by Alien Ant Farm; Smooth Criminal."


We'll call ourselves The Duvet Covers.

12/3
This essential oils fad people are into has really ruined my ability to buy bulk amounts of frankincense and myrrh and pass them off as thoughtful (cheap) Christmas gifts.

12/5
I farted in front of my girlfriend for the first time yesterday. Thought I was going to sneak one, but it came out sounding like a freight train passed through her house. Been a while since I've been in a relationship; am I supposed to get her a sympathy card or something now?

12/6
I heard that Donald Trump is going to change the national anthem to Journey's "Don't Stop Believin'" because the only time anyone takes a knee during that song is when they powerslide into the guitar solo.

12/6
This guy paid money to go to a hockey game so he could watch a basketball game on his phone. Solid investment. 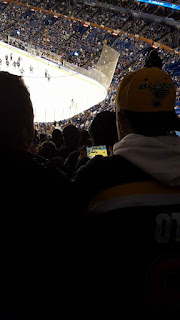 12/8
I knocked out this guy in the game I'm playing and he did a dab. As such, I now have no regrets about hitting him. 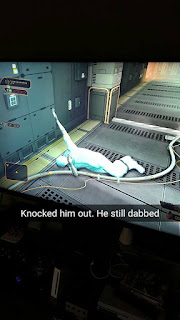 12/14
When your contractor installs counter-tops instead of sink basins so you just go with it. 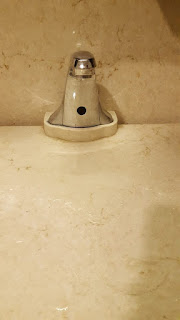 12/18
Saw a girl taking a selfie in line at Quiznos. "What up, fam? Getting my sandwich on! #Toasted"

12/18
Really, every Peanuts movie could just be renamed "You're a Sad-sack, Charlie Brown."

12/19
My girlfriend sent out Star Wars Christmas cards with Star Trek postage stamps. Either she's trying to use the holiday spirit to bring together 2 fan-bases or she's trying to start a fucking war.

12/20
I made the mistake of listening to a little bit of Rush Limbaugh's radio show today. I hope that whatever other radio shows share that studio space don't have to use his microphone because that guy talks exclusively out of his ass.

12/21
Holiday Pro Tip: with some slight modifications wrapping paper & gift bags from other occasions can be used to wrap your Christmas gifts. 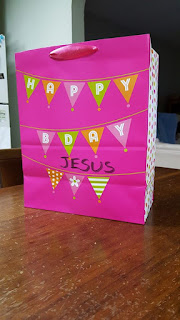 12/22
When you have more holiday spirit than fashion sense... 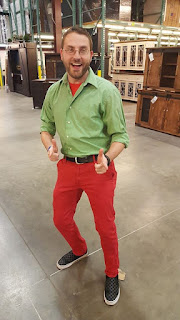 12/23
My favorite part about it being so close to Christmas is that soon I won't have to listen to Christmas music anymore.

12/26
I guess you could say this was George Michael's "Last Christmas."
Seriously though, I'm bummed about it. "Faith" (ironically enough) is my jam.

It is entirely possible that I have enough self-hatred to subject myself to more Rush Limbaugh just to pen a few more jokes at his expense (seriously though, fuck that guy with a rusty hammer).   It is also likely that my girlfriend, having only recently been exposed to her first Ryan-fart will shortly realize what a disgusting human being I am and kick me to the curb, in which may also lead me deep enough into self-hatred to listen to more Rush Limbaugh (actually, fuck that guy with an entire sack of rusty hammers).  All I know is, 2017 will definitely be another year on the calendar and I’ll do my best to keep churning out funny things (hopefully without Rush Limbaugh).