I usually compile these joke round ups the night before I post them. Thankfully, despite the fact that I’ve settled down into a super mature family man, I’m still not lame enough to spend New Year’s Eve writing a blog post. However, I am quite sleepy this morning and have a headache so I hope the 3 people reading this will forgive any typos or errors they find. December brought about the 6 month mark of me annoying the hell out of my wife, nearly eating dog treats and learning the secret to iced coffee. So, here are some jokes.


12/2
A gym in my town is encouraging people to buy gym memberships to give out to others as gifts. I'm pretty sure if somebody gave me an unsolicited gym membership for Christmas I would punch them right in the mouth and then eat an entire ham while standing over their prone body.

12/6
My son really enjoys getting to hang out with the grown ups because it makes him feel like a big kid, so he’s started asking if some of my friends can come over and play Xbox. You better believe that I’m taking full advantage of this to hang out with my friends and do some gaming.

“Sorry babe, I’ll just have to do the yard work another time. Henry wants me to play video games with my friends and I’ll be damned if I’m going to disappoint the boy.”

12/7
My wife's family has a Rob Your Neighbor gift exchange at their annual holiday gathering. This year the gift I brought to it was a coloring book, crayons and a 6-pack of beer; the idea being that you chug the beers and then try to keep your coloring inside the lines.

12/10
Today at work I got in trouble for doing arithmetic.

There's no punchline to this. Apparently the real joke is my continued existence.

12/16
As a recently married man, one of my new favorite games to play around the holidays is "Don't Get The Mail Today Because One Of Your Gifts Is Being Delivered." Followed closely by, "Don't Tell The Kids What I Got For Mom Because They're Snitches."

12/17
The battery on my Illumibowl is getting low, which is indicated by LED light flashing quickly several times when it first turns on. What this really means is that for the past week when I've gotten up in the middle of the night to use the bathroom it's like I'm peeing in a rave.

12/18
Keeping things spicy with the wife. 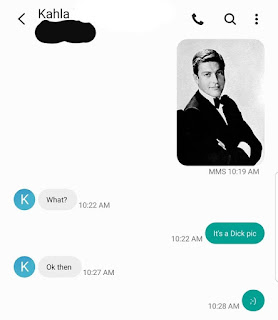 12/21
Tomorrow is 6 months since I got married. This is just another day of me annoying my wife. 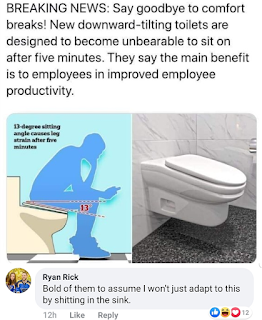 12/24
My son started throwing shade before the sun was even up today. 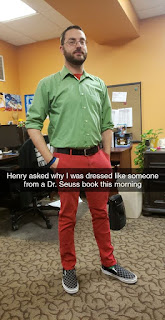 12/25
At my wife's family Christmas today we played a game called Telestrations After Dark, which is like a risque combination of Pictionary and the schoolyard game Telephone. I ended up having to draw a picture to try to get my mother in law to guess the phrase "double penetration." So...that's how Christmas went.

12/26
On today's episode of Facepalming: I watched a bunch of rural midwesterners argue over which one of a handful of nearby small town Mexican restaurants with identical menus was "most authentic."

Bonus: one person claimed to be an expert because they were "from the southwest" and had superior tastebuds. They established dominance in throwing down their opinion on the most authentic... still ignoring the aforementioned identical menus.

I hope later I can watch them argue over which Olive Garden has the most authentic Italian food.


12/26
All I'm saying is that they need to label these packages more clearly. 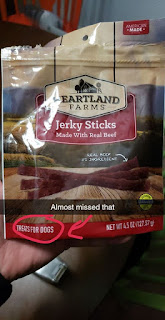 12/31
Honestly, I'm just really mad that there needs to be instructions to explain to people that the secret to iced coffee is combining ice and coffee. 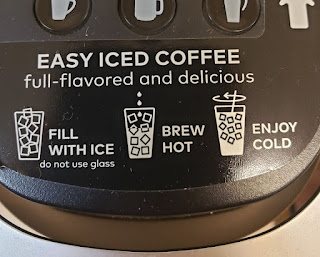 Well, it is a new year, but I don’t plan on a new me because that seems like an awful lot of work and a new me might be even worse at making inappropriate jokes. So, expect the exact same me that you’ve come to know and tolerate.