So that’s it for August.  As you, dear reader (singular) may recall, I had COVID at the end of July.  While I only felt really bad for one day, it’s a whole month later and I’ll be damned if I’m not still feeling that ‘rona fatigue.  To be honest, I really didn’t need any help feeling tired all the time as the ever-beating drum of time combined with parenthood has done a pretty fine job of doing that already, but I guess I’ll just consider this a little bit of bonus exhaustion.  That lil bit of extra fatigue has paired nicely with my physical therapy on my knee, too, but we’re powering through and getting ever closer to being 100% and getting back to hockey.  Anyways, let’s see these jokes.
8/7
For the first time in a long while, I got the chance to sit down and play some video games for several hours straight. Apparently, my body didn't know how to handle that because when I tried to stand up to walk to the bathroom, I very quickly and clumsily realized that both of my legs had fallen asleep. And as luck would have it, there's a picture of what happened:

8/8
My knee has improved enough that yesterday, for the first time since May, I mowed the lawn. Remembering how much I hate it, today I asked my physical therapist if he'd send me home with a note saying I'm not allowed to do that.
8/9
I put a few items on the shopping list for my wife. #SubliminalMessages 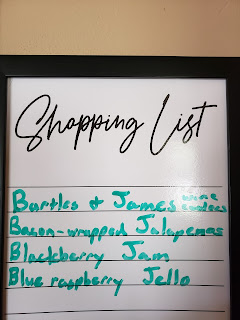 8/10
I'm having pizza and coffee for breakfast because, as my knee improves, I'm really looking to test my limits and see just how quickly I can make it to the bathroom.
8/11
Honestly, I'm a little bummed that loss of taste and smell were not included with my covid symptoms because I was fully prepared to just be SLAMMING shots of tequila in my basement.
8/12
My local community page has a rule against bashing businesses. And according to some of the dumber members of the group, it is a violation of their first amendment rights to not be allowed to complain that the food they ordered from Taco Bell was exactly the level of quality food you should expect when ordering from Taco Bell. 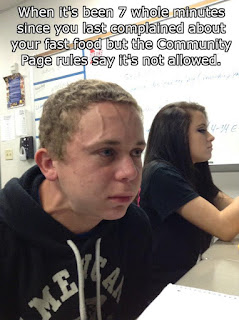 8/14
Me clicking Hide on every "inspirational" post referencing god or religion that pops up in my FB timeline. 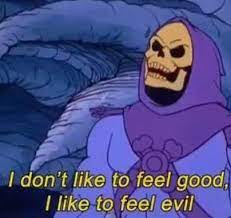 8/17
One of my best friends is getting married this weekend and rehabbing my knee enough to dance at his wedding has been one of my major goals during physical therapy. It's been a lot of hard work, but this leg is gonna get stanky.
8/18
I've reached a point in my life where I would pay extra for a hotel room with a bidet.
8/24
A couple of weeks ago I hit my 2 year anniversary at work. And yesterday I actually went in to one of the offices for the first time since I started. As luck would have it, one of the security cameras captured me exploring the building.

It would appear that I just jammed all of my jokes into the middle of the month and took the first and last weeks of August off.    Taking 50% of the month off from writing jokes is certainly a strategy.  We’ll see how that plays out next month.
-Ryan
Posted by Ryan R at 7:00 AM