It’s the end of yet another month.  Hopefully you enjoyed my Shameful Strip Club Stories that I posted all month.   Here’s the rest of the jokes I wrote this month:

9/1
One of Taylor Swift's security guards suffered a broken rib at a recent concert when a guy climbed on stage and had to be subdued.
My biggest problem with this is that I don't even know which song to use to make a joke about this. Fearless? Mean? Should've Said No? I Knew You Were Trouble? Bad Blood?
And why do I know so many Taylor Swift songs

9/1
Wrote a pretty descriptive (and hilarious) story about the struggles of pooping at work that I intended to send to a buddy (because that's what guys do). Accidentally sent it to my financial advisor. Shit.
Followed it up by asking how my portfolio was looking. ‪#‎SavedIt 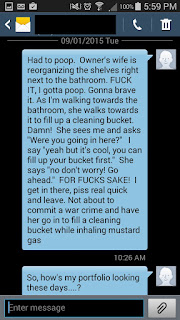 9/3
Apparently, there has been some backlash on the internet the past couple of days, with people really angry that Kermit the Frog's alleged new girlfriend is skinnier than Miss Piggy.
I'd like to remind everyone of a couple things. First off, that Miss Piggy has a history of hitting Kermit, which is not okay. And secondly, that they're damn puppets.

9/4/2014
I really enjoy when people try to show the natural beauty of Earth by taking a picture of nature and then putting an Instagram filter on it.

9/4
I already mentioned a few weeks ago that ‪#‎Knuckles has been on more dates than me lately. Yesterday, I left the oven on and he was the responsible one who turned it off and made sure I didn't burn down the house.
At some point I slipped into Bizarro World. It's terrible.

9/4
Couldn't figure out why the Tylenol I found in the office wasn't working.
Turns out I was just eating some Good & Plenty candy that someone left at the desk. 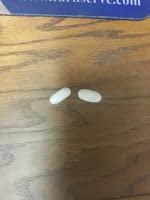 9/5
‪#‎Knuckles: "I just wanna own a nice car for some reason."
Me: "Because you have a small penis."
#Knuckles: "That's probably it."

9/5
Recently, 30 people were injured in a mass pillow fight at West Point Military Academy. I think it's awesome that they're teaching the cadets to be so effective with improvised weapons. But, I also think it's time we start teaching children about pillow safety.

9/6
Netflix is now offering me the category "Girls Night In." Fuck you, Netflix. I do not even feel bad about watching Clueless and Hitch.

9/6
I think the true measure of adulthood is when you start internalizing your emotions and self-medicating with alcohol.

9/7
I've seen commercials for Life Alert and I can't help but think there's a market for a similar service for people who are drunk/hungover.
"Hello, this is Drunk Alert, what's your emergency?"
"I'm laying on the bathroom floor shirtless because it was the only room not spinning. I need a Gatorade, Tylenol and McNuggets or I'm going to die."
"Stay calm. We'll send someone right over."

9/8
Sometimes customers take pictures of furniture to go home and think over/show to their family. Every time this happens, I offer to take a selfie with them and the furniture. Someone finally took me up on the offer yesterday and got a picture with me and a dresser. I feel strangely accomplished. 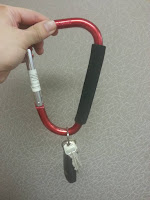 9/10
Scientists have announced the discovery in South Africa of remains belonging to a new species that is an ancestor to humans.
Meanwhile, I'm still waiting on scientists to determine what species it is that I've seen frequenting Wal-Mart. 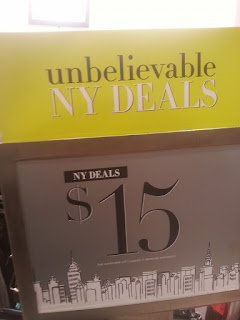 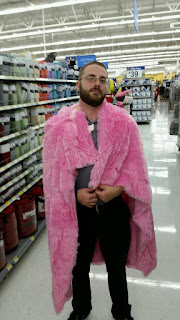 9/12
I like how in movies people are always artfully wrapped in their sheets like they don't pass out with their asses hanging out of the blankets.

9/12
I like to drink vodka & sprite to settle my stomach from my last hangover while I work towards my next one.

9/13
One surefire way to make myself feel stupid is by trying to figure out which way the fitted sheet goes on my bed.

9/14/2014
Last night I watched a movie where Jennifer Grey goes on vacation with her family and falls in love with Patrick Swayze during an intense dance montage, only to have the romance end tragically when their camp is invaded by Soviet forces who ultimately kill Patrick & Jennifer, along with several other members of their resistance force, The Wolverines.
It is entirely possible that I fell asleep during Dirty Dancing and woke up to Red Dawn.

9/14
I've been texting a couple of customers today who had questions and/or needed me to send pictures of furniture to them.
But I keep having PTSD flashbacks to a couple of weeks ago when I accidentally texted my financial advisor that story about pooping at work. This is a whole new level of anxiety.

9/15
My biggest life goal is to have people not think I'm a piece of shit.

9/15
Apparently there is some sort of feud between The Black Keys and Jack White.
Just another indication of the sad state of race relations in America.

9/15
Tried to make a sandwich for lunch but was out of bread. Made a sandwich on a hot dog bun instead. ‪#‎TastesLikeSuccess

9/16
Sometimes when I'm bored I like to get on WebMD and see how long it takes before I'm convinced that I'm dying.

9/17
I dream of a day when I finish a bag of chips and a container of dip at the same time.

9/18
In a recent interview, Terrence Howard said that he has his own system of logic, called Terryology, in which 1 x 1 = 2.
Using his logic, if I loan you $1 once, you owe me $2. I'm now positive that student loans are based on Terryology.

9/18
Yesterday I had a customer who wanted to look at beds and mattresses. The whole time I was showing him pieces he kept farting really loudly, but not acknowledging it.
I wasn't sure if I should call him on it, ignore it, or take it as a challenge and out-fart him.

9/19
Tried to call a customer to let them know their mattress was in. Was accidentally the 15th caller to an out of state radio station.

9/19
Dustin: "Is that the Dr. from Jurassic Park?"
Me: "Leave him alone, he's trying to unwind and enjoy the concert."
Dustin: "He's had a rough day working with dinosaurs."
Me: "This is a safe place. There are no velociraptors here." 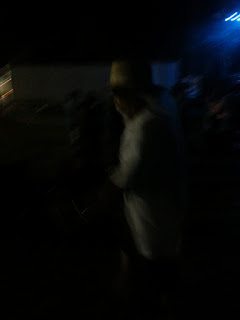 9/21
Just making sure that people know who I am and what I'm about. 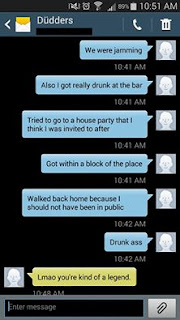 9/22
Tomorrow is officially the first day of fall. Probably gonna drink some pumpkin spice bleach in honor of how un-excited I am about this.

9/22
I wrote some school essays back in the day that had filler like this. 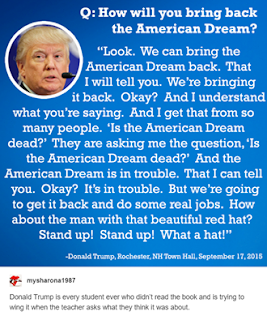 9/23
I've found that the most effective way to make myself awake and alert when I'm overly tired is to go lay in my bed and actually attempt to sleep. Instantly wide awake.

9/24/2014
A recent study shows that people drink more on days that they exercise.
In related news, drunken treadmill accidents are at an all time high.

9/24
I've seen a lot of posts and memes about 2015 being "the year America got offended by everything" or something similar. I think that's inaccurate. I think a more sincere meme would be "the year when America got tired of people acting like assholes and started speaking up about it."

9/25/2014
I cleaned out my wallet the other day and absentmindedly threw away several post-it notes with some jokes I had just written. But, I managed to keep the scrap of paper with a fake phone number given to me by that random girl I met at karaoke 6 months ago. Stacy has no idea what she's missing out on here.

9/26
If at any point you consider yourself too grown-up to have dinosaur shaped chicken nuggets, then you need to get the hell out of my life because I do not have time for that kind of negativity.

9/26
Just ate dinner at this wedding and didn't get any food on my tie.‪#‎AdultAccomplishments

9/26
A slow song came on and everyone on the dance floor decided to make it like an awkward middle school dance by dancing really far apart. In keeping with the theme, I sat down on the side of the dance floor by myself. It felt right.

9/27
Went to my 10 year high school reunion this weekend. I really enjoyed talking to my former classmates about everything I've accomplished over the last decade: grew a beard, changed my hairstyle, got new glasses.

9/29/2014
One of my cousins texted me yesterday asking to borrow a few articles of clothing so that she could dress like a nerd for school today.
I would have been more offended that she came to me for help dressing like a nerd if I didn't actually own most of what she needed.

9/29
All of us at work decided to get Taco Bell for lunch. It's going to be like the Cold War in the office this afternoon: nobody will fire first due to threat of mutually assured destruction.

9/29
It's kinda depressing when I see people my age or even younger making apps and I can't even make my bed.

Hope you enjoyed it.  Keep an eye out for more fun stuff coming soon!