And finally, we have my jokes from March! After the last couple of days, you know the drill already.  Please don’t hate me.

3/1
I just really hope someone takes Hozier to church today.

3/2
I sign off all of my work emails with my full name. Despite this, for some reason my customers still all insist on calling me Rick. ‪#‎FirstNameProblems

3/3
I was just checking out an extended forecast online and it's predicting a thunderstorm on April 16th. I hope I remember to bring my umbrella that day.

3/5
Just in case anyone was wondering: Yes, it is exhausting being this awesome all the time.

3/6
After what seemed like forever, I finally have a desk again at work. As such, I probably don't need this picture of a desk anymore. I am considering replacing it with a picture of myself

3/6
I went to The Cheesecake Factory tonight but at no point was I actually allowed into the factory to see the cheesecakes being made. This is bullshit

3/7
It's Saturday night and the only person drunk-texting me is ‪#‎Knuckles. At some point my life got seriously off track.

3/9
I feel like it's worth mentioning that I got drunk and tried to watch Mulan this past weekend. All I wanted to do was sing along to "I'll Make A Man Out of You" but I passed out before that scene happened.

3/11
Due to a combination of sleepiness and fog, I have no idea where the hell I am this morning.

3/11
Looking back on my life, I don't think there's ever been a time that I ate pizza and didn't burn the roof of my mouth.

3/12
Coworker: "These cookies are awesome but they come in a really small package."
Me: "I know a thing or two about having a small package."
Yet another reason why I'm a walking HR violation.

3/13
Our email has been down at work a lot in the past few weeks, with some emails taking upwards of 12 hours to be delivered. I have suggested that the company invest in a telegraph

3/16
A recent study suggests that loneliness can be as much of a health risk as smoking 15 cigarettes a day. That would explain my persistent cough

3/18
I decided that since I have a desk now, I needed to change out the picture of a desk with something else. This seemed inspirational. ‪#‎TopGun 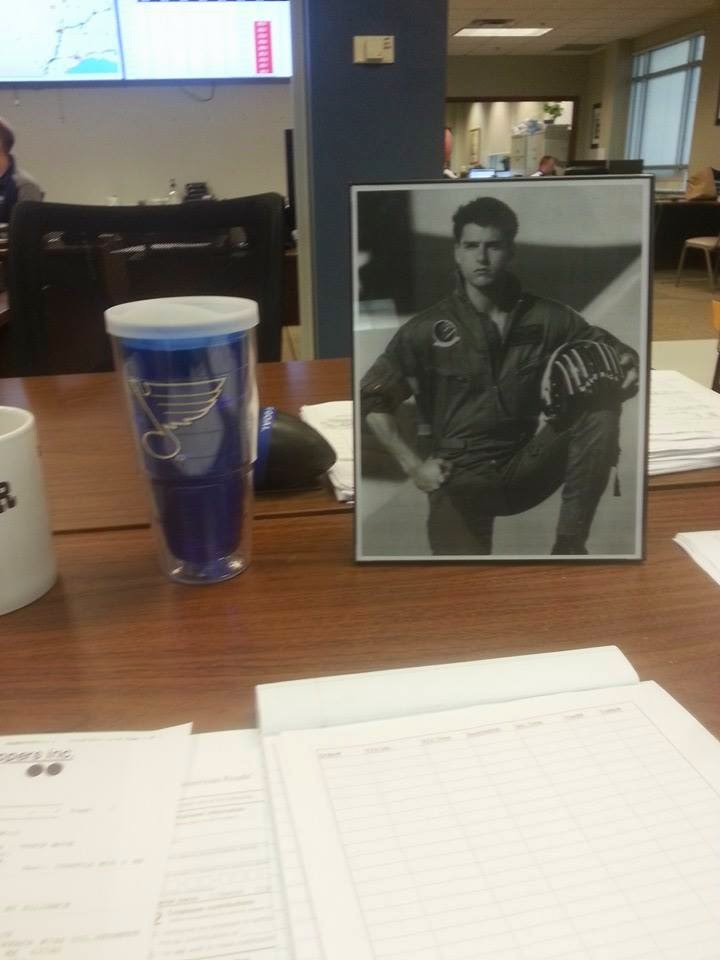 3/19
I struggle to drink 8 glasses of water a day but 15 beers in one night is no problem. The medical community needs to reassess their stance on hydration

3/20
I was wearing my favorite dress shirt the other day and a girl said to me, "Why are you wearing a purple shirt? Are you gay?"
I replied, "It's called style. And no, I'm not gay but I do look fucking fabulous."

3/23
I updated the picture on my desk again. Just a little reminder that "if I can change, and you can change, everybody can change." ‪#‎EyeOfTheTiger 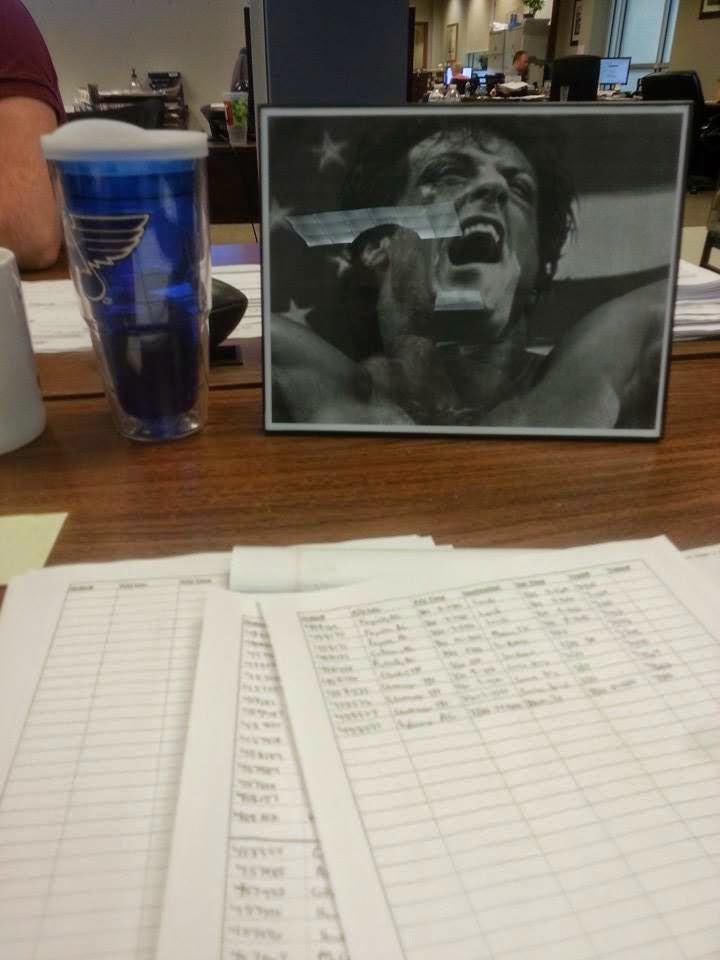 3/23
A recent study has found that men prefer curvy women because of evolutionary influences. Personally, I prefer women that acknowledge my existence. And also a few that don't.

3/24
I'm into a lot of varied activities/hobbies; hockey, volleyball, bocce, writing, comedy, music, gaming, cooking and I've even been teaching myself photo editing recently. I would say I'm a bit of a Renaissance Man but I struggle with spelling the word Renaissance and I think that disqualifies me

3/26
One underrated aspect of social media is that it's a really good way of finding out which of your friends are bigots.

3/27
Sometimes I wake up with every intention of being healthy and making good decisions. Then someone brings donuts into the office and I realize how rude it would be to turn my nose up at them. I just care too much about other people's feelings.

3/28
If you don't like the movie The Princess Bride, fuck you.

3/30
I've updated my desk picture again. Because when I look in the mirror "I see pride. I see power. I see a badass motha who don't take no crap off of nobody." ‪#‎PeaceBeTheJourney 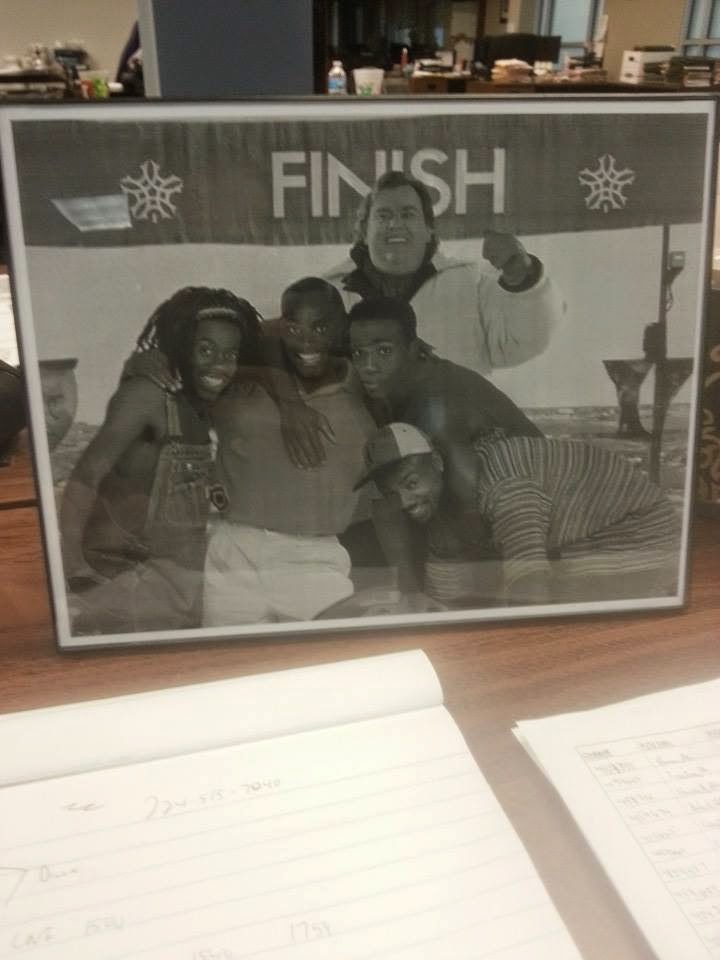 
My fridge is so barren, last night I just chewed on a dish sponge for dinner because I thought it might still taste like food. ‪#‎BachelorLife

If you’re even still reading at this point, clearly you either like me more than anyone should, or you’re a glutton for punishment.  Either way, we’ve got almost a whole month before I make a new one of these posts.  And at least then you’ll know to ignore it.