Last week I posted an update about trying to win a ticket to the St. Louis Blues Casino Night fundraiser by writing a persuasive essay on why I deserved the ticket.   The good news is that I won the ticket.  The great news is that it was one of the coolest experiences of my life.  And the questionable news is that the night had exactly the kind of talking points that you have come to expect from me and I’m fully prepared to tell you all about it. 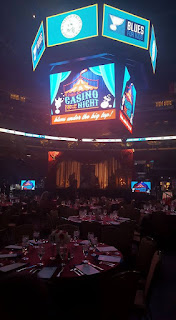 “Come one, come all to the greatest spectacle
on Earth: Ryan making an ass of himself.”

Since the theme of the night was “Under the Big Top,” I thought the best option for my attire was my black suit with a red dress shirt underneath to really make it pop (I have a keen fashion sense).  My black suit jacket just happened to be covered in glitter from Halloween (because sometimes I do things).  In my mind, this was not an issue at all because, if anything, the glitter just meant that I would look extra fabulous for the event.   In person, it was clearly glitter and I definitely looked fabulous.  In pictures, the glitter ended up looking like I had some serious dandruff issues.  Lesson learned. 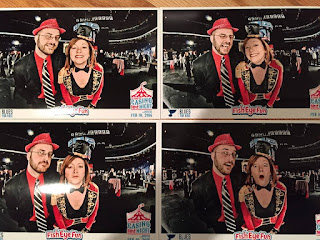 “Hey man, why does your dandruff sparkle?”

So anyways, I got to my table and made friends with all the people I would be sitting with.  I got myself a few drinks and scoped out the bathroom (because I know how important finding bathrooms are before you actually need them).  As it turned out, the bathrooms for this event were in the visitor’s locker room.  This was interesting because, while I’d seen the home locker room before, I had never seen the visitor’s locker room (nothing spectacular but I’m curious) and also because one of the urinals in there was child-height and it was really amusing to imagine a bunch of hockey players using a pint-sized pisser (I’m immature).  After finding the bathroom, I went back to my table and prepared to gorge on the food that was being brought out, while also silently panicking that I’d spill half of it on my tie (because I know who I am and what I’m about).  It was during this massive caloric intake that I discovered the table right behind mine was chock full of Blues players.  Very exciting! 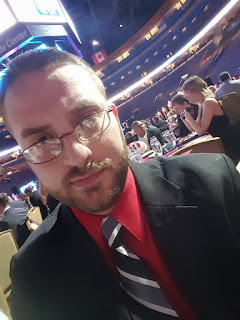 So I snapped this sneaky selfie. #Creeper

Once dinner was over with, it was time to hit the floor, do some gambling and rub elbows with the stars.  There was almost no part of this that I was prepared for.  First of all, I’m terrible at gambling.  Each attendee was given $5,000 in Blues Bucks when they walked in the door to gamble with, so at least it wasn’t my own money because it didn’t go well, but more on that later.  As for the rubbing elbows with the stars, I had a real roadblock as to how I was supposed to address these guys.  As I thought about it, I realized that I know all of these guys on the team by first name, last name and nicknames.  But it’s not like I’ve ever been formally introduced to them, so how do I talk to them?  Vladimir? Steen? Mr. Elliott? Shatty? Pauly Walnuts?  What I eventually settled on was just avoiding using names altogether and saying things like “Hello there!” and “Hey dude!”  I also at one point told goalie Brian Elliott’s wife that, “I’m pretty sure he’s a keeper,” because I am equal parts punny and awkward (which I think actually just means I’m doubly awkward).

And of course, now we get to the gambling part, which I already mentioned that I’m awful at.  I went around to a few different tables but ended up spending most of the night playing craps.  My personal favorite part of gambling was when I stepped away from one of the tables and put a handful of chips in my jacket pocket only to find that said pocket had a hole in it.  Thankfully, the chips didn’t spill onto the floor because they ended up trapped inside the lining of my coat, floating around in some sort of black hole within my clothing.  I was not about to just let $800 in chips disappear inside my suit coat forever, so I spent several minutes awkwardly twirling around the casino floor as I tried to fish the chips one-by-one out through the same hole they had disappeared through.  Hopefully, I looked more like I was just enjoying the music and not so much like a t-rex trying to scratch his bellybutton, but I make no promises.   When gambling was over with, everyone was supposed to use their chips to buy tickets to use in a raffle.  Remember how I said I’m awful at gambling? Well, by the end of the night I actually didn’t even have enough chips to buy a single raffle ticket.  Luckily for me, I must have a pitiful face or something because the lady exchanging chips for raffle tickets felt bad for me and gave me a raffle ticket anyways.  I did not win anything in the raffle.  I expected this.

After all of this, the night was winding down so I met back up with the people who were sitting at my table so that I could say some more of my trademark stupid shit to make sure that I was imprinted in their memories.  I also got a cupcake on the way out and it was delicious but I waited to eat it until I got home because I was worried about getting icing in my beard, since I already had glitter on my suit.

And of course, this post would not be complete without a photo dump.  All jokes aside, it was an awesome night and I’m really glad I got to experience it. 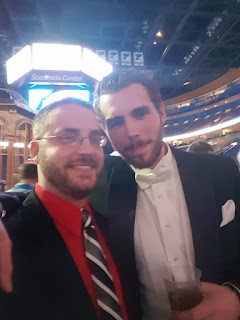 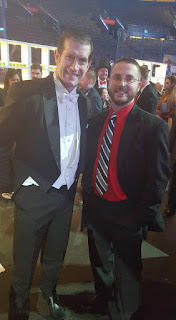 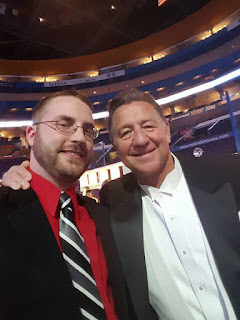 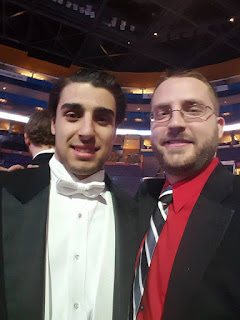 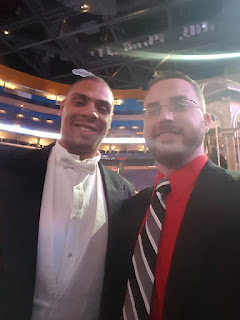 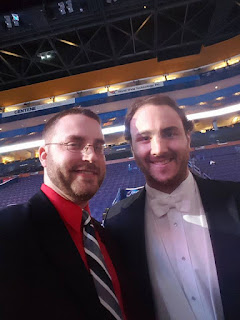 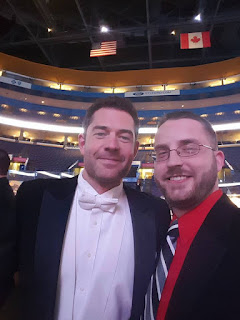 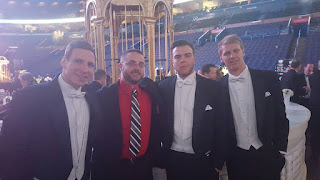